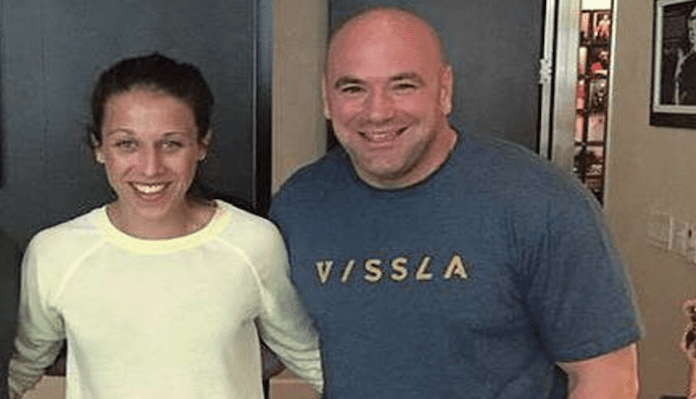 Former strawweight champion Joanna Jedrzejczyk will likely be spending the rest of her career in the UFC.

The Polish fighter hasn’t competed since UFC 248 in March 2020. Her co-main event bout against Weili Zhang for the strawweight title went down as one of the greatest women’s fights ever. Jedrzejczyk wound up losing the bout via a close split decision.

Following the contest, it seemed like the former UFC strawweight champion might be done competing. Since her loss to Zhang two years ago, she’s had no scheduled contests, or rumored bouts either.

However, she’s now finally set to compete against Zhang in a rematch at UFC 275 in June. With the winner of the bout set to return to title contention, Joanna Jedrzejczyk has confirmed she has no intentions of fighting anywhere else.

“It’s a multiple-fight deal. I always said that I want to retire in the UFC, and of course, people would love to see me doing this or that after, but I feel like if I retired from MMA, I would retire from the UFC, the best MMA league in the world.”

“I don’t want to go somewhere and fight for this bigger money. Money is not everything. I’ve saved enough money for myself, for my kids, for my grandkids probably, but it’s not only about the money. You need to have this pride in you and you have to know what to do and how to prioritize some things. This is what I’m trying to do.”

What do you think about Joanna Jedrzejczyk’s rematch with Weili Zhang in June?