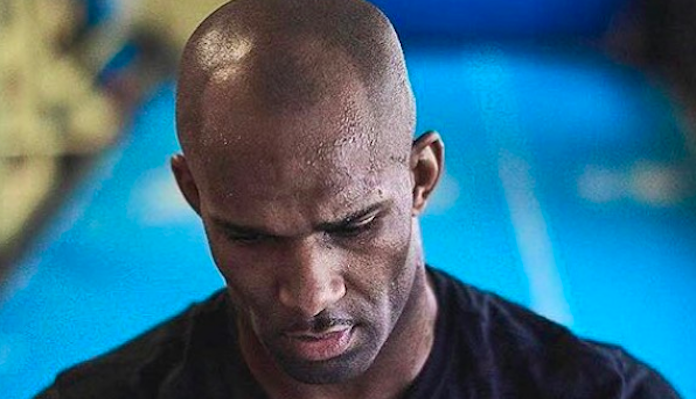 The pairing resulted in absolute chaos in the cage.

Early in the first round, Thiago Santos charged forward, stinging Manuwa with powerful shots. Though Manuwa was clearly hurt, however, he did not back down, and instead responded with some cage-rattling artillery of his own. This trend continued for the remainder of the first round, as the two light heavyweights attempted to punch each other’s head’s into orbit, and then into the second, when Santos finally landed a fight-ending blow, levelling Manuwa with a blistering hook.

As you can probably imagine, this is not quite the result Jimi Manuwa was hoping for. That being said, the British knockout artist seems happy to have been in such an unforgettable war.

The Brit issued a quick statement on the loss on Sunday evening.

With this loss to Thiago Santos, Jimi Manuwa falls onto a three-fight skid, having also lost fights to Jan Blachowicz and Volkan Oezdemir recently. These losses were preceded by a pair of crackling knockout victories over Corey Anderson and Ovince Saint Preux. Manuwa is currently 17-5 overall.

What do you think the future holds for Jimi Manuwa after UFC 231?