Strickland has made it known in the past that it would make him ‘super happy’ to actually kill an opponent in the Octagon or in a parking lot for that matter. Yes, ‘Tarzan’ seems to ‘fantasize’ about murder be it in or out of the cage.

Although ‘The Joker’ tries not to obsess over Sean Strickland’s rantings, he’s taken notice of the ramblings while preparing for the match-up this weekend.

“Our sport has always been controversial in the sense of that we actually are fighting with as few rules as we can have and still be safe. In Norway where I live, MMA is still illegal, which means that we can’t be fighting on our home turf and we are fighting for it to be legal.

When people in this sport are saying those kinds of things, it’s not actually helping our cause. I definitely could wish that people were a little bit more careful with that kind of stuff. As long as I represent the sport in a good way, hopefully it will be fine.”

Hermansson went on to say:

“It doesn’t play in our favor. We just have to keep reminding people that most people are not like Sean. Hopefully, it’s just a thing that he puts into his character. Let’s hope so.” 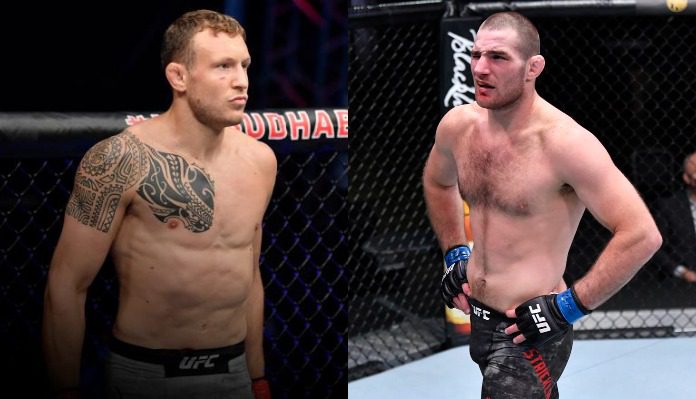 Continuing to speak about the upcoming match, and very focused on a win, Jack Hermansson said:

“What can you say?” You can shake your head and laugh about it but I haven’t felt any agony towards me or anything. I anticipate that he’s going to be crazy, maybe say some crazy things. But he’s not necessarily disrespectful, he’s just saying crazy stuff. It isn’t necessarily trash talk.

I’m ready for whatever, and I wouldn’t be surprised if he has some controversial lines during the build up to the fight.”

Who’s your pick to win this Saturday at UFC Vegas 47? Do you actually believe Strickland wants to kill a UFC fighter or is it all just posturing? Share your thoughts in the comment section PENN Nation!