Home » MMA News » UFC » Greg Hardy announces he has parted ways with the U... 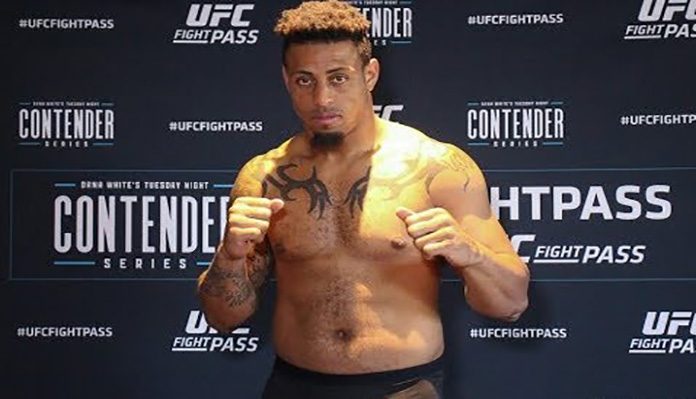 Heavyweight fighter Greg Hardy (7-5 MMA) has parted ways with the UFC according to a recent post on social media.

Hardy was handed his third straight defeat at last weekend’s UFC 272 event, suffering a first round knockout loss to Sergey Spivak. The former NFL star had dropped back-to-back stoppage losses to Tai Tuivasa and Marcin Tybura in his most previous efforts.

“I’m ok first of all for those who wanna know. No excuses, gotta get better. I don’t know what to do but say sorry. More coming for ‘The Prince of War’ just gotta get my shit together. Thank you to the @ufc and @danawhite for being in my corner. Thank you coaches and training partners and agents @firstroundmgmt . Everyone did their job accept for me. This one is on me and there are no excuses for me lacking. I refuse to die but I have to reevaluate for sure.”

Now, just a week later, Greg Hardy has announced that he is no longer a member of the UFC roster.

“What a run, ya boy is far from done just got some fine tuning to do. Thank you to all my fans and haters. I appreciate you all. Mostly I appreciate my coaches, family, and the @ufc for giving me the opportunity to shine bright.” – Hardy captioned the post.

Where do you think we will see Greg Hardy fight next? Do you think the ‘Prince of War’ would be a good fit in Bellator or BKFC? Share your thoughts in the comment section PENN Nation!