Earlier this evening, White took to Twitter where he proclaimed the UFC is “back” after securing a venue in Jacksonville, Florida for UFC 261. In addition to announcing that the event will showcase a full fan audience, the UFC boss also revealed that April’s pay-per-view event will be headlined by a welterweight title fight rematch between Jorge Masvidal and Kamaru Usman.

Masvidal and Usman had originally met at UFC 251, with ‘The Nigerian Nightmare’ emerging victorious by way of unanimous decision. ‘Gamebred’ had taken that fight on just days notice and vowed that he would be able to stop Usman with a full camp. After Kamaru stated his interest in running things back with Jorge, Dana White and company decided to proceed with booking the rematch. 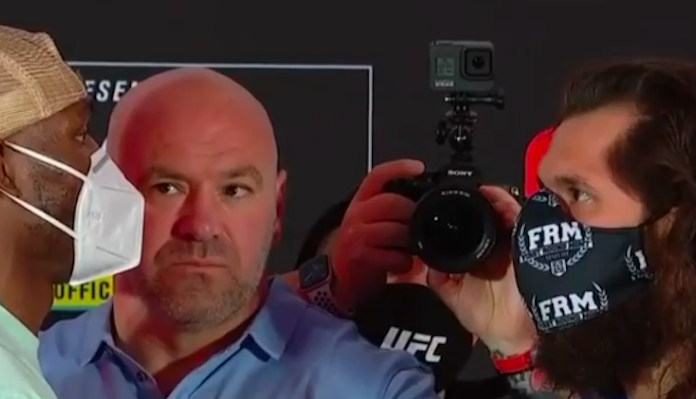 As revealed by Dana White, April’s pay-per-view event will also feature the return of Weili Zhang who is set to defend her strawweight title against former division champion Rose Namajunas.

As seen below, fighters had mixed reactions to Dana White’s news that fans would be in attendance for UFC 261, and that Jorge Masvidal vs. Kamaru Usman 2 would be headlining the event.

Damn someone had to pull the trigger. Wow https://t.co/65Q2yzz1yY

So me and Leon coach the ultimate fighter ??!!

The fans part doesn’t matter to me, but the card…. wow. This will be a good one https://t.co/btCdpG4LYV

What did you think of Dana White announcing that April’s UFC 261 event in Jacksonville will feature a full fan audience and be headlined by a welterweight title fight rematch between Jorge Masvidal and Kamaru Usman? Share your thoughts in the comment section PENN Nation!