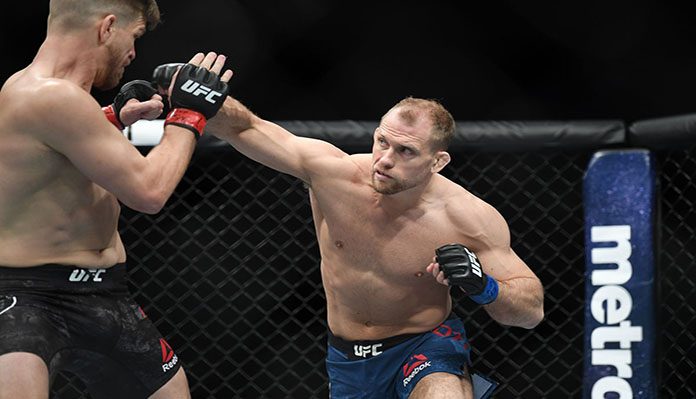 Originally not scheduled to compete this weekend, Milwaukee’s own Zak Ottow is beyond excited to be fighting on the historical UFC on FOX 31 card.

The UFC is returning to Milwaukee for the first time since 2013. Despite lobbying for the Octagon to return, Ottow wasn’t apart of the UFC’s original fight night line up. However, it pays to stay ready as “The Barbarian” explains.

“I’m super excited,” Ottow told BJPenn.com regarding fighting in his home state. “It kind of seems like its all finally starting to come together. I was one of the guys advocating for the UFC to come back to Milwaukee. We have this new arena and there are so many fighters coming out of Milwaukee that are competing in the UFC it just makes sense.”

He continued, “And then, sure enough, they [UFC] book an event here, and I don’t know if it was just timing or what but I originally wasn’t supposed to be scheduled on the card. But I did notice there was a welterweight fight on the card. Erik Koch has come up from 145, then 155, now 170 pounds, plus he has been inactive at times. I thought it was kind of weird that he was at 170 pounds, I thought I should stay ready just in case. I really wanted this opportunity to fight in Milwaukee and I got it.”

Ottow, 31, will look to rebound from a recent setback. The now-former UFC welterweight “Super” Sage Northcutt defeated Zak at Fight Night 133 this last July. Ottow believes he has corrected some of the mistakes that hindered him against Northcutt and has done his homework on his opponent Dwight Grant.

“I definitely like to study my opponents,” Ottow revealed. “From being a coach and having a football background I do tend to watch tape on my opponents. I’m not big on coming up with a specific gameplan for myself. Over the years I’ve noticed that gameplans don’t tend to work out that well,” he joked.

Ottow continued, “As far as my opponent for this fight, I don’t really know too much. He doesn’t have much film on him. He is 8-1 and he is about to have his 10th pro fight and I’m about to have my seventh fight just in the UFC alone.”

“The Barbarian” will definitely have the experience advantage heading into this weekends fight with Grant. But Ottow is looking for more than just a W come Saturday night, he is looking to make a statement.

“I wanna put on a show in front of all the fans and really leave an impression on everyone.”