Dominick Cruz is not a fan of Daniel Cormier’s commentary.

Cruz, who is set to return to the Octagon at UFC 269 against Pedro Munhoz, took time out of his media day to take a shot at his broadcast partner in Cormier. Throughout his time as a commentator, Cormier has been accused of being biased but now the former bantamweight champ says he doesn’t do his homework and just gets in and out to make his money.

“I watch Anik do so much homework leading up to a fight. People have no idea how much homework he has to do to be prepared for that, and the most kudos goes to him. He leads us in the broadcast with how he talks,” Cruz said at media day. “When it comes to DC, I usually mute it. I love DC, he’s my friend, but to me, from my experience, he doesn’t do the homework.

“He wants to get in and out, get the job done, make his money. And I think he cares about us, but it’s just different. He doesn’t do the preparation from my experience,” Cruz continued about Cormier. “He might now. I’m hoping he watches some film this time on my fight so he knows what I’m doing and why I’m doing it. But I’m not gonna hold my breath on that, that’s for sure.” 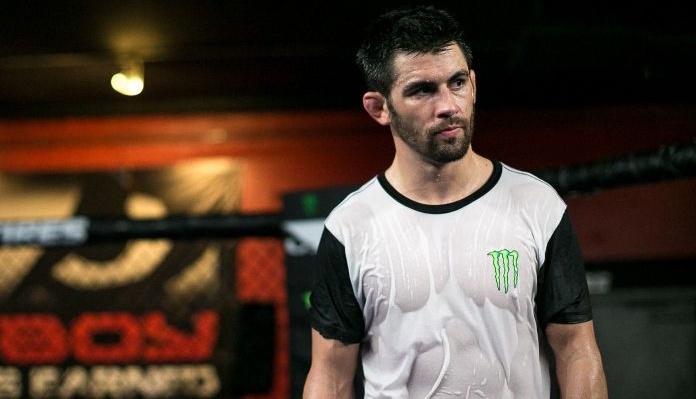 Dominick Cruz says he knows no one is perfect but with the roster getting so big he says studying the fighters is important. He credits film study for allowing him to add so much information to the broadcast, which Daniel Cormier doesn’t.

“Honestly, I’m never perfect. There’s a roster of 400, 600 fighters, and not everybody’s agree with what I say either. It’s all perspective in there. And DC is a gifted athlete. I think (Michael) Bisping does a lot of homework. I think he watches a lot of film,” Cruz said. “I think certain people watch the film, and I count that because I do the film study. The reason I do the film study is (because) it’s bigger than me. I’m not in there talking to hear myself talk and to be right. I’m in there to support the athletes and talk about why they’re great and what makes them great, and in order to do that I need to watch film.”

What do you make of Dominick Cruz blasting Daniel Cormier over his commentary?