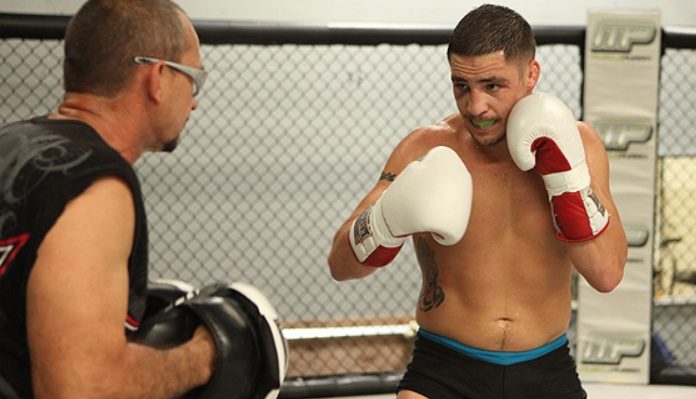 Diego Sanchez believes the UFC has written him off.

Sanchez made this claim in a fantastic interview with ESPN’s Ariel Helwani — the type of interview that could be a catalyst to a renewed Sanchez cult following, or result in a myriad of merchandise hoodies with Sanchez memes and catchphrases.

Without diverging from the entertaining spectacle that is a Diego Sanchez interview, the veteran gave a thoughtful insight into his UFC career.

Specifically, he described being written off by the UFC and his opponent Michael Chiesa.

“This is life and death and I’m coming for your head,” Sanchez concluded, directing a message to Chiesa.

These comments from Diego Sanchez line up with some recent remarks from UFC commentator Joe Rogan.

“All these young guns sleeping on Diego Sanchez… just don’t. Because he will f*** people up still,” Rogan said on his podcast.

Diego Sanchez isn’t playing and is taking his imminent bout very seriously. His extensive fighting record within the UFC is going to be put the test against a notable contender. Chiesa won his last contest in 2018 against Carlos Condit and has beaten some strong opponents, including Al Iaquinta on The Ultimate Fighter.

Diego Sanchez has his sights set on becoming the next welterweight champion. If that doesn’t pan out, he could definitely have a prosperous future selling catch phrase merchandise or becoming a cult leader.