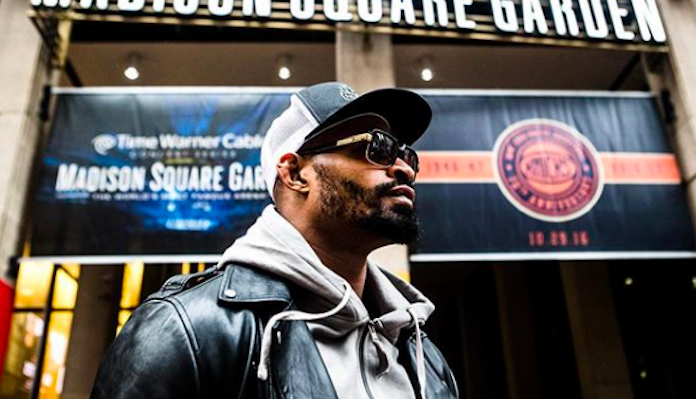 USADA released a statement on this issue. Here’s what it said:

“USADA announced today that David Branch, of Montville, N.J., has received a two-year sanction for a violation of the UFC® Anti-Doping Policy after testing positive for a prohibited substance.

Branch, 37, tested positive for ipamorelin as the result of a urine sample he provided out-of-competition on May 24, 2019. Ipamorelin is in the class of Peptide Hormones, Growth Factors, Related Substances, and Mimetics and prohibited at all times under the UFC Anti-Doping Policy, which has adopted the World Anti-Doping Agency Prohibited List.

Ipamorelin is a potent Growth Hormone Secretagogue that stimulates the brain to release human growth hormone and is used by athletes as a performance-enhancing drug. The use of prohibited peptides by athletes and consumers for performance or physique enhancement purposes (including recovery from injury) poses serious health risks, and these peptides are not approved by the Food and Drug Administration for human use or consumption.

Branch’s two-year period of ineligibility, the standard sanction for a non-Specified Substance under the UFC Anti-Doping Policy, began on July 26, 2019, the date his provisional suspension was imposed.”

Branch (22-6) is in his second stint with the UFC. The 37-year-old American is 3-2 in his return to the UFC, with wins over Thiago Santos and Krzysztof Jotko and losses to Luke Rockhold, Jared Cannonier and Jack Hermansson. Branch is a former two-division champion in the WSOF, having been the promotion’s last light heavyweight and middleweight champion before it became PFL.

Considering his age and the fact he’s lost three of his last four fights by stoppage, it’s hard to see him returning in two years and being an effective fighter. There’s a very good chance this positive test and suspension could spell the end of his career in the UFC.

What do you think the future holds for David Branch?