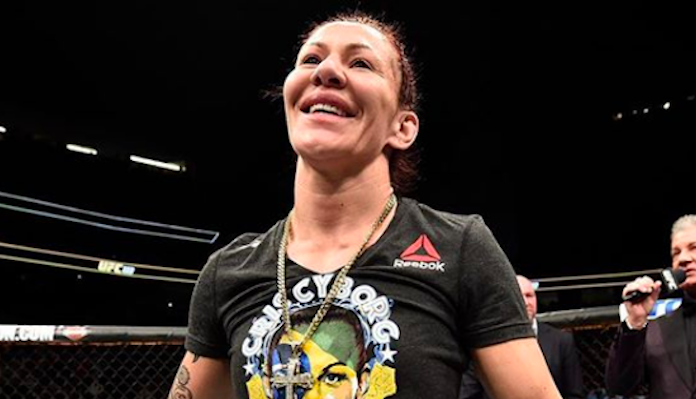 Cris Cyborg is one of the greatest female fighters to ever compete in MMA. For well over a decade, she was simply dominant, going 20-0-1 after losing her first professional fight.

Then, at UFC 232, Cyborg had her toughest fight to date when Amanda Nunes moved up in weight to challenge her for the UFC featherweight title. Many believe it would be a close fight, but Nunes shocked the world. She knocked Cyborg out in just 51 seconds to become the new UFC featherweight champion.

Ahead of the fight, it was well documented that it could be Cyborg’s last fight in the UFC. She was a pending free agent, which left many wondering whether the UFC would keep her around, especially given that the featherweight division is so shallow and that she is no longer the champion.

Whatever the case, Cris Cyborg doesn’t think her loss to Amanda Nunes will effect her ability to negotiate with the UFC.

“It’s not about being the champion, it’s about who’s watching my fights,” Cyborg told MMA Fighting (transcript via MMA Mania). “People will like to watch my fights if I’m champion or not champion, and for sure my next fight people will want to watch. I’m just going to continue my training and let my manager handle everything.”

Although Cyborg wants to remain in the UFC, she understands her options are limited. The featherweight division consists of her and Megan Anderson, and any bantamweights that feel like making the move up.

“I don’t have so many options left,” Cyborg said. “I think the only girl at 145 is Megan Anderson.”

Do you think the UFC will re-sign Cris Cyborg?