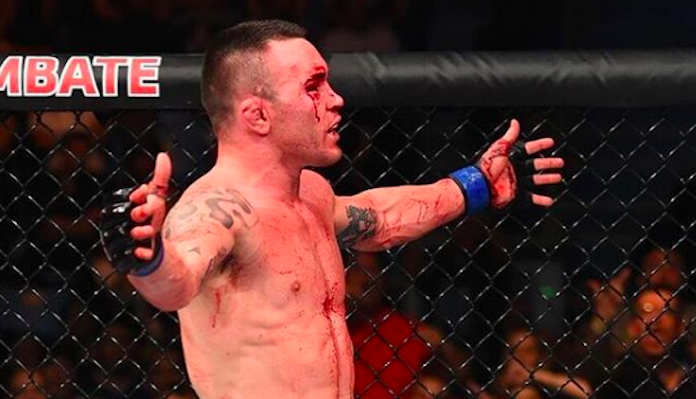 Colby Covington has violent plans for Kamaru Usman next Saturday at UFC 268.

Covington and Usman will have their highly-anticipated rematch in the main event of UFC 268 at Madison Square Garden. The two fought back at UFC 245 in December of 2019 where Usman won by fifth-round TKO in a back-and-forth fight.

Now, ahead of the rematch, Covington is confident he will not only win but will finish Usman. He also says he would give the champ an immediate rematch but doubts Usman takes it as he says it will be a life-changing beating.

“I’m not gonna be a coward like Marty and run from this rematch. He should have fought me and rematched me right away,” Covington said to Yahoo Sports. “The first time we fought, there was unfinished business. The people, the fans, saw for themselves how close that fight was, and that fight needed to be run back right away. But he refused it, e ran away, he didn’t want a rematch. But you know what? I’m not gonna be a coward.

“I’m gonna give the people what they want. If they want this trilogy with me and Marty, I’ll do it right away,” Covington continued. “But the thing is, Kevin, after I finish him next weekend, he’s not gonna want to come back. It’s going to be a life-changing defeat. He’s not gonna be wanting to come back for the trilogy. He’s probably gonna retire. So the only fight that makes sense is that Louisiana swamp trash Dustin Soyrier.”

Colby Covington has not fought since September of 2020 where he TKO’d Tyron Woodley due to a rib injury. If he defeats Usman next Saturday it would be a big upset and would turn the entire welterweight division upside down.

Do you think Colby Covington will finish Kamaru Usman at UFC 268 next Saturday?