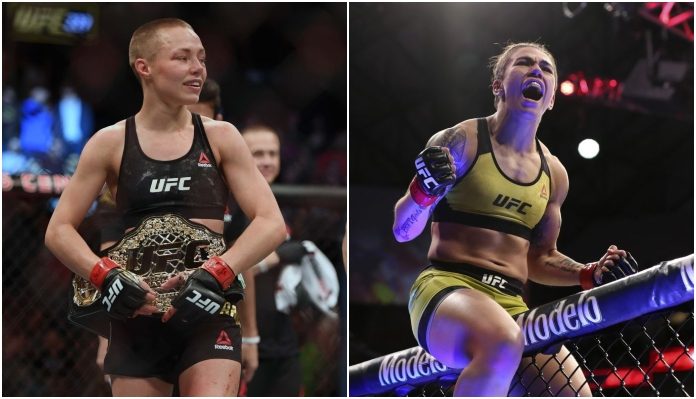 The champ is back!

The last time we saw the current strawweight queen Rose Namajunas (8-3) in action was in April 2018 at UFC 223 when she fended off Joanna Jedrzejczyk for the second straight time.

After a lingering neck injury kept her out for the rest of the year, ‘Thug’ Rose is now ready to return to attempt to make her second successful title defense.

ESPN’s Brett Okamoto has confirmed that Namajunas will defend her title at UFC 237 on May 11… In Brazil.

Standing in her way will be none other than the dangerous ‘Bate Estaca’ Jessica Andrade (19-6). The bout is expected to serve as the co-main event.

Breaking: Rose Namajunas will defend her strawweight title against Jessica Andrade in enemy territory, at UFC 237 on May 11 in Brazil, per Dana White. More coming to @ESPN shortly. pic.twitter.com/7vgsbJ9mXG

“Breaking: Rose Namajunas will defend her strawweight title against Jessica Andrade in enemy territory, at UFC 237 on May 11 in Brazil, per Dana White. More coming to @ESPN shortly.” Okamoto tweeted.

For Andrade, this will be her second career UFC title shot. Her first coming in May 2017 at UFC 211 when she took on the previously mentioned former champion in Jedrzejczyk. Unfortunately for Andrade, she would go on to lose a clear unanimous decision. This was the first loss of her career at 115-pounds and remains so to this day. She is 6-1 in the division.

Andrade currently rides a three-fight winning that consists all of dominant wins over perennial top 5 contenders in the likes of Claudia Gadelha, Tecia Torres, and Karolina Kowalkiewicz.

Namajunas’ current win streak is also at three with her two wins over Jedrzejczk and then Michelle Waterson.

Many believe that Andrade will be Namajunas’ toughest challenge as a champion. But with the rising wave of talent at 115-pounds, there will be no shortage of tough tests for anyone that holds the title.