Bo Nickal explains why there’s “not much to be said” about Khamzat Chimaev’s wrestling abilities: “He’s basically a 25-year-old man wrestling high school kids in Sweden”

Bo Nickal is explaining why there’s ‘not much to be said’ about Khamzat Chimaev’s wrestling abilities.

Bo Nickal captured two first-round victories on Dana White’s ‘Contender Series’ earlier this year. The promotion promptly signed the 26 year old and scheduled him to make his Octagon debut at UFC 282 on Saturday, December 10th at the T-Mobile Arena in Las Vegas.

Unfortunately Nickal (3-0 MMA) suffered an injury during training camp and has been pulled from his debut fight with Jamie Pickett (13-8 MMA).

The middleweight fighter, although still now waiting on his UFC debut, is already taking aim at the undefeated Khamzat Chimaev.

In an interview with Michael Bisping, Nickal had this to say about ‘Borz’ (h/t MMAMania):

“When I watch his actual wrestling stuff, he’s basically a 25-year-old man wrestling high school kids in Sweden. There’s not really much to be said about that.”

“I’m 6’1,” 205 pounds, I’m a full grown 185er’ and yeah, that’s a match up I really, really want. I feel like he’s been in MMA longer than me and is a little ahead of me in terms of the organization. But, I think without a doubt we have to match up at some point.” 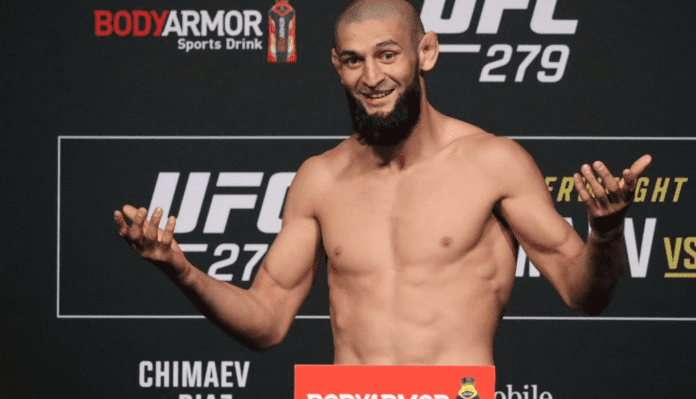 Claiming a Nickal vs Chimaev could be one of the biggest fights in UFC history, Nickal concluded:

“If he stays undefeated, keeps winning, I think that could be one of the biggest fights in UFC history.”

“He competes really hard. He goes hard from the first whistle. He seems a little emotional to me, I don’t really know that he makes the best decision. We saw that in the Gilbert Burns fight, all of a sudden he’s just slangin’ and bangin’ with this dude for real no reason.”

Obviously the Pennsylvanian is making it known he’s ready and willing to take on the (12-0 MMA) Chimaev. While the time may come, Nickal will first have to prove himself against others in the middleweight class, and his debut will now have to wait until 2023.

Do you agree with Nickal’s comments on Chimaev’s wrestling capabilities?