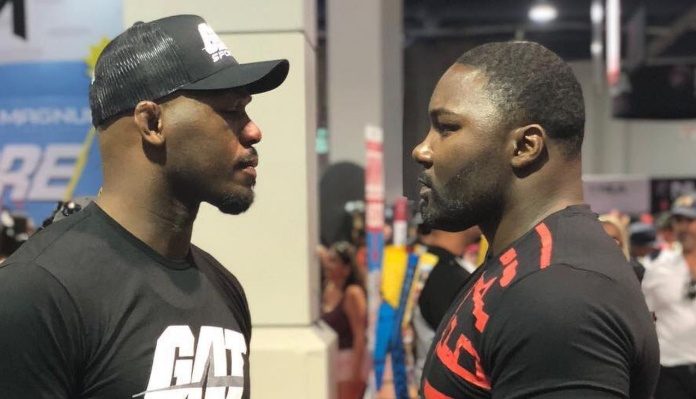 Ever since Ngannou (16-3 MMA) dethroned Stipe Miocic to become “The Baddest Man on the Planet” at UFC 260, all the talk has been of a potential super-fight with Jones.

‘Bones’ of course vacated his light heavyweight title back in 2020, this after earning ten career title defenses (none of which came over the aforementioned Anthony Johnson). It was initially thought that the pound-for-pound great would face the winner of last weekend’s heavyweight title fight later this summer.

However, since the conclusion of UFC 260 Jon Jones has made it clear that he wants to be paid his worth for what would be a massive fight with Francis Ngannou. So far, Dana White and company have yet to give in to ‘Bones’ requests, but that isn’t to say a future deal is out of the question.

If the UFC can come to terms with Jon Jones and Francis Ngannou on a proposed super-fight, Anthony Johnson believes the former light heavyweight kingpin will ultimately emerge victorious with another W.

“I think Jon (Jones) just has to many weapons,” Johnson told Helen Yee. “His team is great. His IQ is up there. You know he may not… And everybody was so hung-up on just knockouts. You know knockouts by Francis (Ngannou), which I get. I get that. But, there is still more to it than just a knockout. You can be a knockout artist and just get beat up. Like ‘DC’ (Daniel Cormier) isn’t a knockout artist, and he beat me up.”

“You know, you don’t have to knock everybody out to be great. And you know, Jon I think has all of the tools to beat Francis. I won’t say that he will finish him. But I think he can beat Francis. But, if Francis gets that one (punch), it can be a long night. Well, a short night for Jon if he gets hit. But people say that Jon hasn’t been tested, or that his jaw hasn’t been tested. Jon Jones has fought the who’s who of mixed martial arts. People aren’t realizing that. He’s just made it look easy because of his skill. So, I wish people would stop discrediting the man.”

Anthony Johnson is set to make his Bellator debut against Yoel Romero on May 7 at Bellator 258.

Do you agree with the recent comments made by ‘Rumble’ regarding a potential Jon Jones vs. Francis Ngannou fight? Share your thoughts in the comment section PENN Nation!