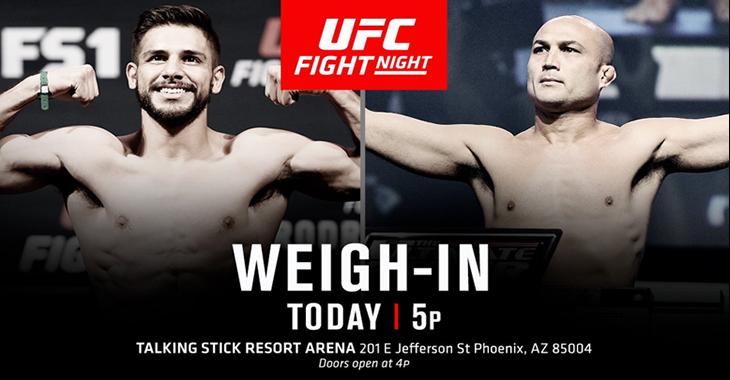 Check out the live stream of the UFC Fight Night 103 ceremonial weigh-in’s. BJ “The Prodigy” Penn makes his long awaited return to the octagon. He faces top ranked up and comer Yair Rodrigues. Rodrigues is currently riding on a insane 7 fight win streak tearing thru his competition. Will he be able to do the same to UFC hall of fame legend BJ Penn?