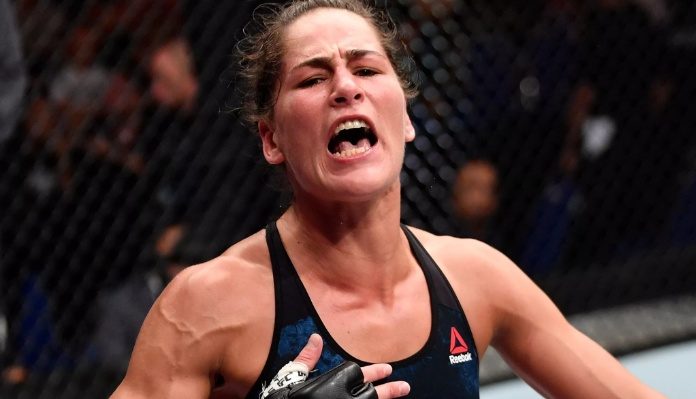 After a brief back and forth on Twitter that led to an agreement to fight each other, the wheels have now actually been put into motion.

The newest division in the UFC is the women’s 125-pound flyweight division and things are starting to heat up at the top of it.

Next week we will be getting to see the second ever title fight as the champion and Ultimate Fighter season 26 winner Nicco Montano looks to overcome the odds and defend her title against former 135-pound title challenger Valentina Shevchenko.

Supposed to be vying for the vacant crown opposite Montano was the Invicta alum Sijara “Sarj” Eubanks (3-2) who like Montano surprised most of the competitors in the tournament as she won her way into the finals. A failed weight cut led to a hospitalization which obviously forced Eubanks out of her title shot.

Now having won her UFC debut against fellow TUF 26 contestant and former Invicta bantamweight champion Lauren Murphy since the missed opportunity, the No. 2 ranked contender Eubanks will seemingly find herself fighting once more before she gets her crack at the gold.

Ariel Helwani reports that a fight between Eubanks and the No. 8 ranked Jessica “Evil” Eye (13-6) is in the works for UFC 232 on December 29 in Las Vegas.

The resurgent Eye has turned things around since the UFC’s introduction of the 125-pound weight class.

Fighting predominantly in fights below 130-pounds prior to her UFC run, Eye went 10-1 before making 135 her new home. In doing so, she would go 1-5 (1 NC) before dropping back down once that option became available.

She now rides a winning streak of two or more wins for the first time since 2013 as she has earned close decision wins over Kalindra Faria and Jessica-Rose Clark this year.

A win over Eubanks could very well shoot her right into title contention.