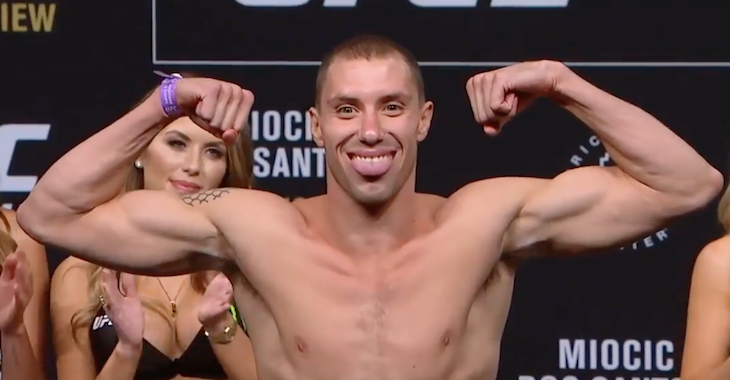 A lightweight scrap between James Vick and Joe Duffy served as the featured bout of tonight’s UFC 217 prelims from New York.

Vick was able to catch Duffy with a huge right uppercut with just seconds to go in the second round that sent the Irishman crashing to the canvas.

From there, Vick jumped on Duffy with some viscous ground and pound prompting the referee to stop the contest with just one second remaining in the second-round.

AT THE HORN!!!@JamesVickMMA finishes Duffy in round 2 w/ SECONDS remaining!! #UFC217 pic.twitter.com/1bOKhInhXv