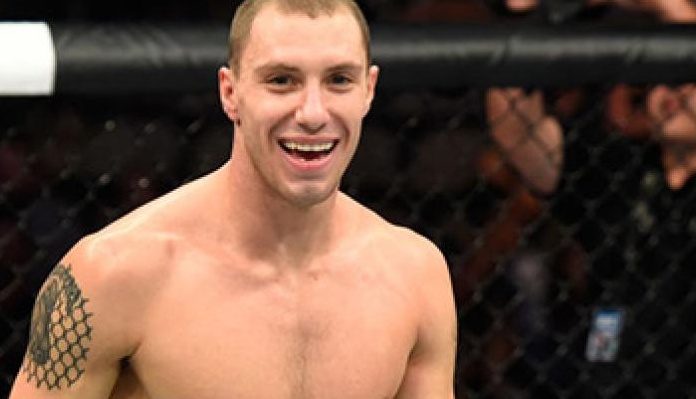 UFC welterweight James Vick is determined to work on the defensive issues that have led him to a four-fight losing streak in the Octagon.

Vick started off his UFC career with a 9-1 record, but he has since lost four straight fights to Justin Gaethje, Paul Felder, Dan Hooker, and Niko Price, with three of those losses coming by knockout. The loss to Price was particularly embarrassing for Vick as he became just the second fighter in UFC history to be knocked out from an upkick.

Since losing to Price last October, Vick has stayed out of the limelight and we haven’t heard much from him, or even whether or not he’s still on the UFC roster.

Speaking to MMAjunkie.com recently, Vick gave an update on his status with the world’s leading MMA promotion. He said he’s still technically a member of the UFC roster, though he hasn’t been offered a fight. Instead, Vick has been training in Thailand in an effort to work on his defensive issues, including keeping his chin tucked and his hands up.

“It’s hard to talk about that and not offend people. I worked with some great coaches, but sometimes a great coach can’t fix your particular issue. A lot of the coaches I’ve trained with, I know if they took a kid and built them from the ground up, that kid would have great technique. But having someone come to you after four, five years of bad technique and then try to fix those issues, I think that’s what I dealt with in the past – coming to coaches basically already having (expletive) up technique. And that’s my fault, too, for staying with a coach that wasn’t correcting my technique,” Vick said.

“I talked to Sean Shelby, and I don’t know how much I want to say especially with no fights going on right now – but I’m still in the phase of figuring stuff out. I’m still in the testing pool, and if anything happens, if a fight happens soon, I’m already in shape. I basically did a training camp in Thailand, so I don’t really know my exact status at the moment with everything going on. I’m not going to talk to Sean at the moment because what’s the point with everything that’s going on? But he did say I’m staying in the USADA pool.”

With four straight losses, Vick is lucky that he hasn’t been outright released by the UFC. But it seems like he’s been given one last chance to improve, now let’s see what he does with it.

Do you think James Vick will fight again in the UFC?