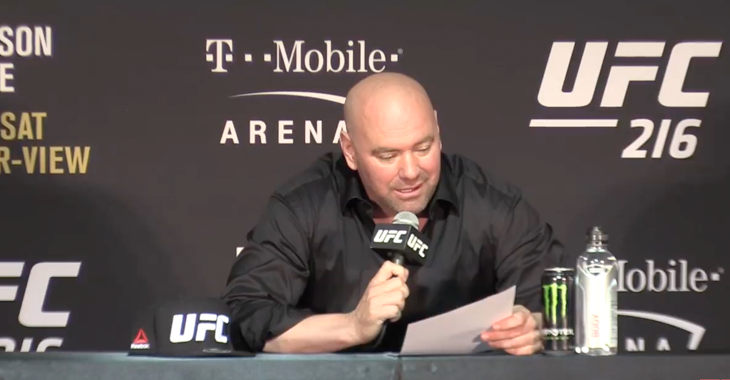 According to MMA insider @jedigoodman, the early estimated buy rates per Dave Meltzer have failed to go over 200,000. UFC 215 was headlined with the UFC women’s bantamweight title fight between champion Amanda Nunes and challenger Valentina Shevchenko where Nunes was able to defend her title with a close split decision victory. The co-main event featured former UFC lightweight champion Rafael dos Anjos vs Neil Magny after Demetrious Johnson vs Ray Borg was canceled and rescheduled due to Borg being deemed unfit to fight by medical staff. Dos Anjos won by arm-triangle submission in the first round. UFC 216 took place over the weekend and featured two title fights on the card. In the main event of the evening, Tony Ferguson submitted Kevin Lee in the third round with a triangle choke to become the new UFC interim lightweight champion. In the co-main event of the evening, Demetrious Johnson made history by setting the new record for the most consecutive title defenses in UFC history with 11, surpassing former UFC middleweight champion Anderson Silva. “Mighty Mouse” made history in style, putting together a highlight reel suplex to armbar submission that had everyone in awe.