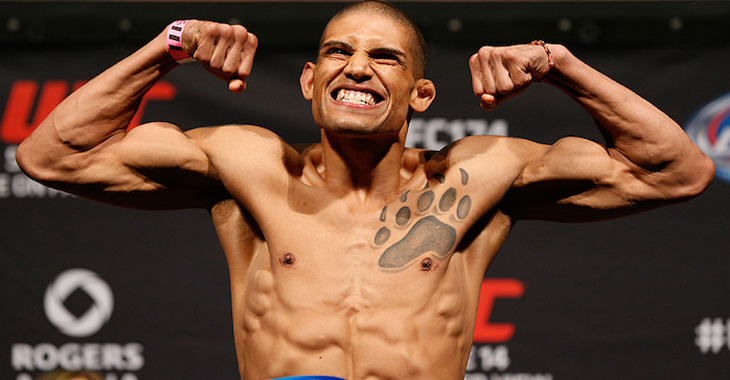 When Kajan Johnson and Adriano Martins opened up the UFC 215 card, there were a lot of people not happy. The fight wasn’t that eventful, but it was two guys really evenly matched being cautious to not make a mistake. Until, that is, one did.

Martins made it a habit of trying to grab Johnson’s front kick and push kick, something he paid for in the second round. In the third round, Kajan Johnson expected Martins to repeat the same pattern and landed a beautiful counter. Adriano Martins hit the ground like an electric shock

Wham and bam, UFC 215 gets started off with a bang. Even Kajan Johnson wasn’t sure what happened. This will take Johnson up to a three-fight win streak and a lot more eyes on him. This may be enough for Johnson to start making some noise in the lightweight division, but that is a dense shark tank that is top-loaded with ridiculous killers. It will be interesting to see who they match Ragin’ Kajan up with next.