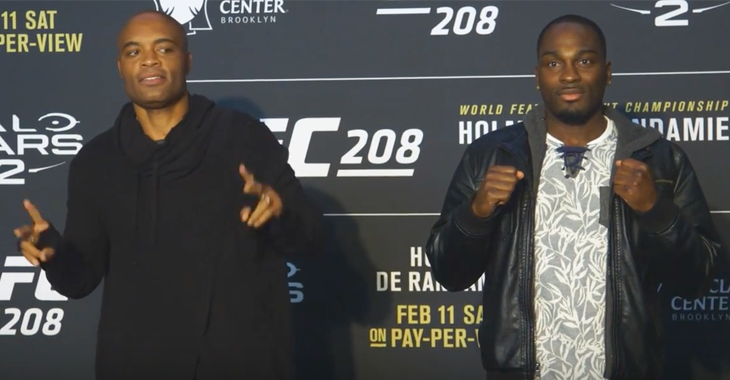 In one corner of this co-main event battle, we had former UFC middleweight champion and bona fide MMA legend Anderson Silva. In the other, we had rising contender Derek Brunson, a brick fisted wrestler who sought to rebound from a recent knockout loss.

Having paid dearly for his over aggression in his last fight, this fight saw Brunson take a far more tentative approach than usual. Because Silva opted to pick his shots and wait for counterpunching opportunities, this resulted in a pretty slow fight. It also gave the cage side judges very little to work with. In the end, of course, a victor had to be crowned, and the judges sided unanimously with the legend Silva.

With this result, some members of the MMA community shared their elation with seeing Silva return to the win column. Others vented their frustration, explaining that they believed the decision should have gone to Brunson.

Silva is the Ali of MMA

Win or lose, watching @SpiderAnderson fight is like playing a video game and being able to switch styles at any moment. So much skill @ufc

Hmm ,I am surprised. Bummer

Pretty cool watching Anderson from outside the cage.

I feel horrible for Brunson #ufc208

With that said about Anderson. I love him but he clearly lost. @ufc

My dude Brunson got robbed!!!

There is no question that @DerekBrunson won that fight. #UFC208

Wow unreal I put my heart & soul out there on 3 weeks notice only to get it taken from me.I just outclassed the… https://t.co/TxiZ78mj4A

Having defeated Brunson, Silva secures his first win since an October 2012 defeat of Stephan Bonnar. Since then, he was stopped twice by Chris Weidman, and lost decisions to Michael Bisping and Daniel Cormier. These losses were punctuated by a decision defeat of Nick Diaz, though this win was overturned when Silva failed a post-fight drug test.

In defeat, Brunson falls onto a two-fight skid, having been knocked out by Robert Whittaker in his last fight.

What did you think of Anderson Silva’s decision defeat of Derek Brunson? Sound off, PENN Nation!