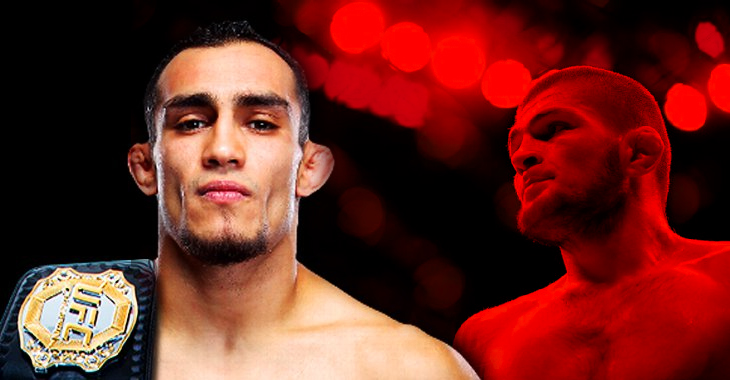 Earlier this evening the mixed martial arts world was left shocked by some devastating news that current UFC interim lightweight champion Tony Ferguson had suffered a knee injury and was forced out of his scheduled UFC 223 headliner with undefeated contender Khabib Nurmagomedov.

This marks the fourth time that the proposed Tony Ferguson vs. Khabib Nurmagomedov bout has failed to come to fruition.

With that said, the one silver lining for fight fans is that current UFC featherweight champion Max Holloway has agreed to fill in for the injured “El Cucuy” and will now square off with Khabib Nurmagomedov next weekend for the promotions lightweight championship.

As for the injured Tony Ferguson, Dana White recently revealed to ESPN’s Brett Okamoto that his interim lightweight title will now “go away”.

“El Cucuy” took to Instagram moments ago where he issued the following emotional statement on his UFC 223 removal.