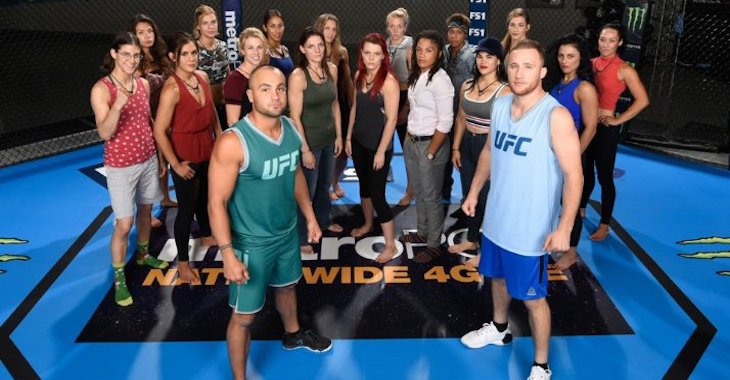 Before the new UFC women’s flyweight champion is crowned on Friday night, check out the official weigh ins for The Ultimate Fighter 26. The real weigh ins were completed early Thursday morning, per the new early weigh-in protocol exercised by the UFC.  The weigh-ins will begin at 8:30 ET/5:30 PT.

Headlining the card a bout between Nicco Montaño and Roxanne Modafferi with the winner being crowned as the inaugural champion. Modafferi lost in her semifinal bout opposite Sijara Eubanks in the final episode of the reality series. Eubanks experienced severe difficulty during her weight cut, though, and was forced out of the fight just over a day before she was meant to vie for a spot in history.

Despite losing on the show, perhaps no one deserves this opportunity more than Modafferi. At 23-10, Modafferi holds most professional fights than most women and has been a fan favorite for years. The women’s MMA pioneer was originally scheduled to fight Barb Honchak.

Montaño is a relative novice compared to Modafferi. At just 3-2 and coming off a decision loss outside of the UFC, Montaño would easily be the least experienced champ next to Brock Lesnar.

This is the first of two back-to-back UFC events as UFC 218 will take Saturday night in Detroit, Michigan. The Ultimate Fighter 26 Finale will take place tomorrow, December 1st from the Park Theater in Paradise, Nevada.