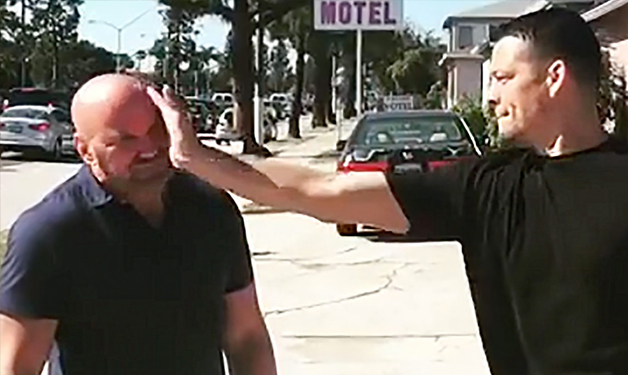 The UFC 219 superfight plot thickens. We all know the story by now. Nate Diaz started training for a fight, rumors swirled out of control, talks revealed that the UFC were in negotiations with Diaz to fight UFC welterweight champion Tyron Woodley. Suddenly, things went quiet until Woodley started calling out the younger Diaz brother in the media every where he could. It finally died and Woodley claimed Diaz priced himself out of the fight on purpose. Eventually Dana White attempted to put the final nail in the coffin and said that the fight wasn’t ever even offered. Woodley has already disputed that statement, but in this latest video, Nate Diaz seems to say the same thing. …Well, in his own words.

Shutup bitch. Your both thirsty ….

In just a few words, Nate Diaz claims that the UFC did indeed want to bulk up UFC 219’s line-up, the fight was in the works, and that Tyron Woodley did want the money fight as much as anyone else involved. According to Dana White, Nate Diaz has turned down every fight he’s been offered for the past year and a half. The Stockton fighter was silent during all the Woodley talk and this is the first time he’s released anything about the potential scrap. Diaz may just wait until his inevitable fight with Conor McGregor materializes, or until the $15 million offer is accepted, whichever comes first. Although, he could be waiting a very long time for either one.