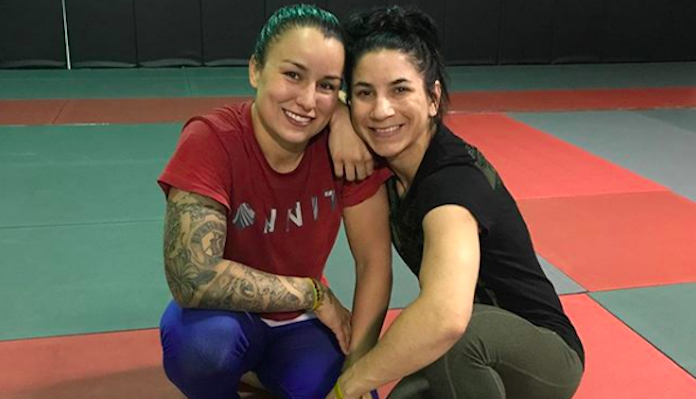 Last Saturday night, in the main event of UFC 224, Raquel Pennington got her long-awaited shot at Amanda Nunes and the UFC women’s bantamweight belt. Regrettably, this title shot didn’t go as planned for Pennington, as she was stopped by the champion in the fifth round.

Unfortunately, Pennington’s dashed title dreams are also accompanied by a bit of controversy, as she could be heard telling her corner she was “done” between the fourth and fifth rounds, and was encouraged to return for a fifth round all the same.

In the wake of Pennington’s bout with Nunes, many members of the MMA community have criticized her corner for forcing her to continue fighting when she had said, point-blank, that she was finished.

According to Pennington’s fiancee, UFC strawweight Tecia Torres, however, Pennington is ok with her corner’s decision.

“I am extremely proud of my lady,” Torres said of Pennington in a post-fight Instagram post. “You are a warrior babe. Fought every second you possibly could. You continue to amaze me daily. You motivate me to work hard and one day too receive the same opportunity to fight for a UFC championship. We are the 1%ers. Very few will ever know what we go thru as fighters and an even smaller percentage will ever earn the chance to fight on such a big stage and for a world title.”

“PS: Both us and our coaches agree with the decision made to go into the 5th round,” Torres added. “We know Raquel more than anyone else, and know if we let her give up on herself going into the last round she would have always regretted it. She fought with heart and grit until the end. PSS: Exactly one year ago today you asked me to marry you, I can’t freaking wait to wife you!”

What did you think of Raquel Pennington’s corner’s decision to allow her to return for a fifth round?