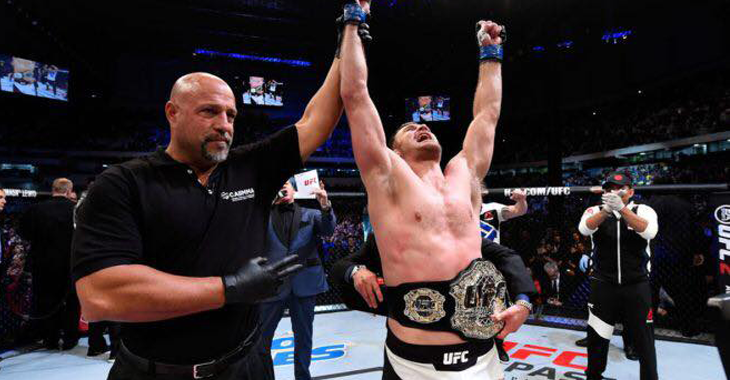 UFC heavyweight champion Stipe Miocic is a bad dude that knocks opponents out like it’s no big deal.

Miocic has finished some of the toughest men in the heavyweight division, winning his last three fights against Mark Hunt, Andrei Arlovski, and Fabricio Werdum all by stoppages.

So when you see this picture that the heavyweight champion posted in his getup for the 4th of July weekend, you’ll be completely thrown off by his sense of humor. Miocic says in his caption, “Hey guys have a great 4th and be safe… God bless!!!!”