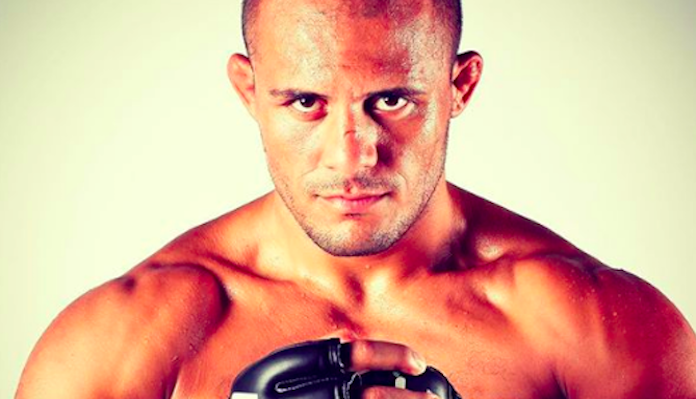 Siyar Bahadurzada wants to fight Nate Diaz. The streaking UFC welterweight-turned-middleweight has made that quite clear with several recent social media posts, throughout which he’s called the Stockton, California native out.

Bahadurzada issued his latest call out of Nate Diaz on Tuesday, and accused him of being “terrified to get knocked out.”

“Hey [Nate Diaz], why are you so quiet all of a sudden?” Bahadurzada said in this post. “Stop hiding behind your Mama. Don’t make me come to Stockton to find you and ‘Watani Slaap’ you! What’s the reason you don’t accept the fight other than being terrified to get knocked out? If it’s because you’re a bigger name, do you remember how much you made before you fought [Conor McGregor]? It was 15k/15k. You always liked a real fight. So step up and fight if the money hasn’t cut off your manhood!”

“Hey [Nate Diaz], you keep saying you’re a real fighter and act like a gangster from Stockton,” Bahadurzada said in his first callout of Diaz. “If you really are a gangster, let’s fight at [UFC] 227 in your backyard. You can bring Nick with you to walk you down the aisle and give your hand to me.”

At present, Siyar Bahadurzada is on a three-fight streak, having recently bested Brandon Thatch, Rob Wilkinson, and most recently, Luan Chagas. He’s 24-6-1 overall.

Nate Diaz, meanwhile, has not fought since August of 2016, when he gave up a razor close decision to Conor McGregor. This loss to McGregor was preceded by a submission win over the Irish star. He’s 20-11 in sum.

Do you think Siyar Bahadurzada will get his desired fight with Nate Diaz?