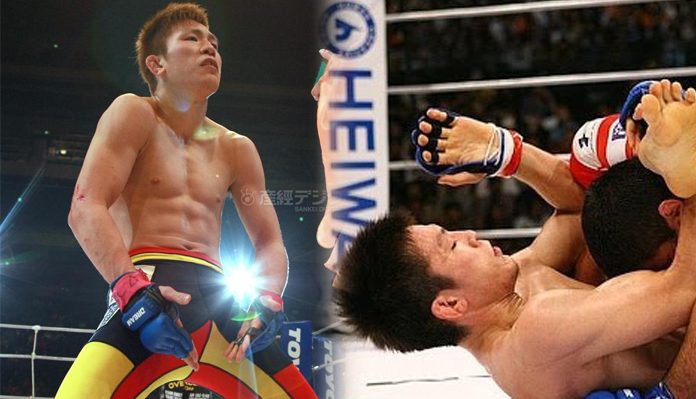 Nicknamed “Tobikan Judan” which in Japanese loosely translates to “The Grandmaster of Flying Submissions”, Shinya Aoki is a well-known figure in the martial arts world who is recognized for his technical grappling skill. He is a multiple-time grappling world champion, and is widely-considered one of the most talented grapplers in all of MMA.

One of Aoki’s signature moves is the flying triangle. In this video, Aoki demonstrates how to properly execute the move. Of course, only try this if you know what you’re doing. Do not try this at home. 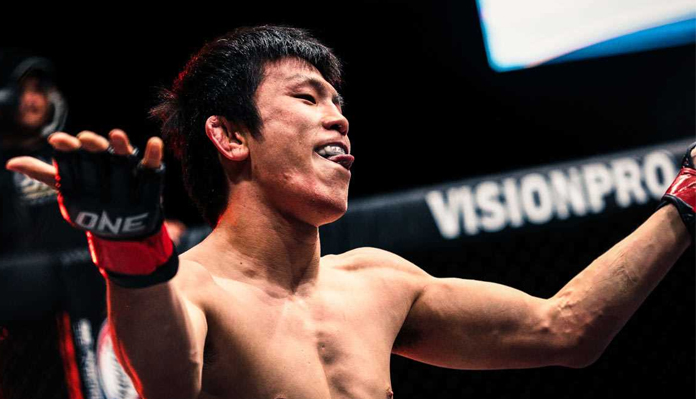 To close the distance and control your opponent, overhook his left arm and control his right wrist as you push it down. By pushing the wrist down, you’re creating space for your triangle. Step your left foot forward to help you hook your right leg around your opponent’s waist.

Because of the momentum from executing the triangle, your opponent will most likely be forced to drop down on his knees. Fix your triangle at this point, and circle your arms and your leg and the space around your opponent’s head. Squeeze your palms and your legs sidewards and downwards to add pressure.

Shinya Aoki: How to do a flying triangle