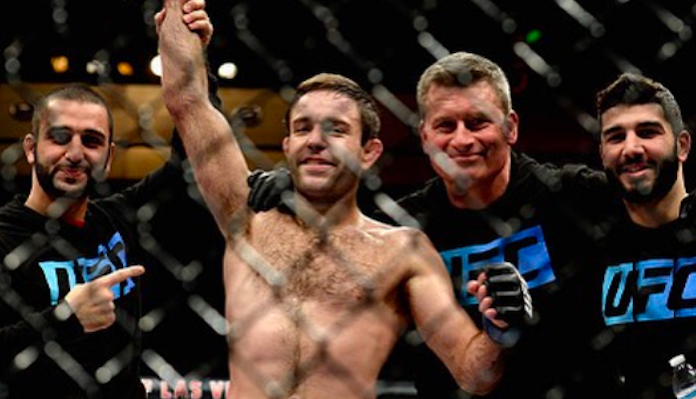 Ryan Hall is one of the best BJJ practitioners in the UFC. His UFC 232 opponent, UFC Hall of Famer BJ Penn, is also known for his dangerous grappling game. As such, many fans are excited to see how the pair match up on the mat.

While BJ Penn has proven his ferocity on the mat time and time again, Ryan Hall doesn’t seem worried about his foe’s skill. In fact, he says he’s “not the least bit afraid” about a potential grappling match with his decorated adversary.

“I am not the least bit afraid of anyone on the ground,” Ryan Hall said on The MMA Hour (transcript via MMA Mania). “That doesn’t mean that people aren’t dangerous. Again, being better or worse doesn’t win, you know. I have won plenty of times when I have not been the more technically precision or the more experienced person. And I’ve lost sometimes when I have been. Ultimately it will come down to who is able to put it together on the night. But no, there is not a single person on this planet in my weight range that I am concerned about on the ground.”

“I’m happy about the matchup,” Penn said of the fight. “Everybody was asking me to do a grappling match so maybe this will give some fans what they want to see.”

Ryan Hall last fought in December of 2016, when he defeated Gray Maynard via unanimous decision. With this win, the BJJ blackbelt improved to 6-1 in MMA.

BJ Penn, meanwhile, last fought in June of 2017, when he gave up a decision to Germany’s Dennis Siver. Penn, who is the former UFC lightweight and welterweight champion, is 16-12-2 in sum.

UFC 232 goes own on December 29 in Las Vegas, Nevada. If Ryan Hall and BJ Penn hit the canvas in their fight, who do you think will come out on top?