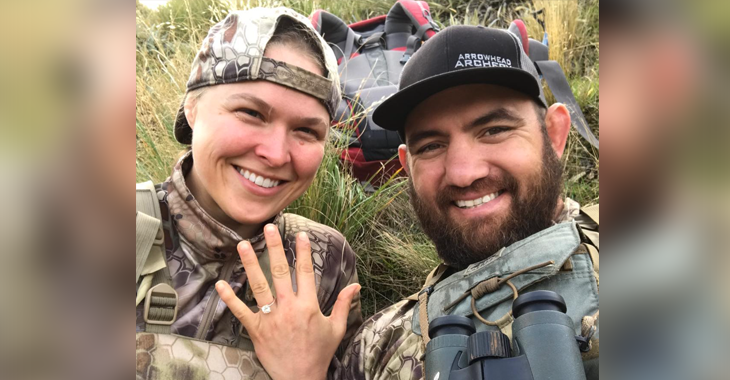 Have we stepped into some alternate dimension? Did Conor McGregor pierce through the space time continuum when he knocked out Jose Aldo with that mutant left hand of his? Once this whole boxing Floyd Mayweather thing happened, we should have known something was up. If this was a movie, it couldn’t have been written any better, that’s because the script would be so ridiculous that no company would green light it: Paul Malignaggi trying to fight McGregor and flipping out on fans, Demi Lovato, Mayweather rollerskating, green and yellow popcorn!? To put the icing on the cake, Ronda Rousey is getting married. Today. Tonight. During the money fight.

“Of all the days — [Ronda Rousey]’s like, ‘I’m getting married.’ ‘Congratulations.’ ‘Will you come to the wedding?’ I said, ‘Absolutely.’ ‘The wedding’s tomorrow.’ Ronda Rousey gets married tomorrow. Tomorrow is her wedding and she’s in a good place, she’s really happy, and she hasn’t announced her retirement or anything like that. She’s focusing on this wedding.” — Dana White on The Rich Eisen Show.

Sometime tonight before Conor McGregor struts to the ring, Ronda Rousey will marry UFC heavyweight fighter Travis Browne. No word on if they will have an orange and green theme in honor of McGregor, but it wouldn’t be surprising considering how strange things have been thus far. Dana White made sure to comment that Ronda Rousey had not retired yet, but that she’s focusing on her wedding. She’s lost her last two fights by knockout, but she’s still a huge star that White might look to in order to get back some money on this slow year.