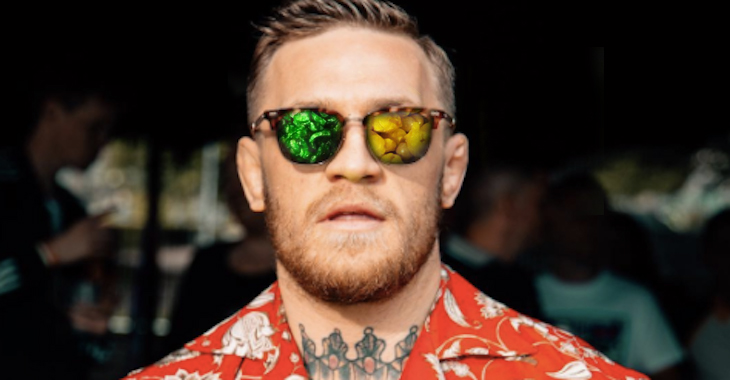 We all knew Conor McGregor and Floyd Mayweather was going to be a weird and strange event, but we had no idea it would get to this ridiculous state. If the fight itself wasn’t bizarre enough that its even happening, all of this might result in McGregor fighting Paul Malignaggi all from a sparring session. The Killers are involved, Demi Lovato is singing the National Anthem, will Justin Bieber or Nate Diaz walk out Mayweather? Who knows. What we do know, is that they gimmicked this fight to the extreme. Take this for example: Green and gold popcorn that cost eight bucks. That’s even more than egregious movie theater prices. Green apple money popcorn? Banana pot of gold? Are you kidding? This is absolutely hilarious. It looks like the fake food that the Lost Boys ate in the Peter Pan movie with Robin Williams. Maybe if you were hammered drunk or under the influence of other substances then this neon popcorn might sound pretty good. Stone cold sober and already out gobs of cash from attending the fight though? All around the snack looks like a bad idea. Luckily, the Stage Deli in Vegas came in on Twitter to save the day and show what they are offering up.  Now THAT’S a sandwich worthy of Mayweather/McGregor.