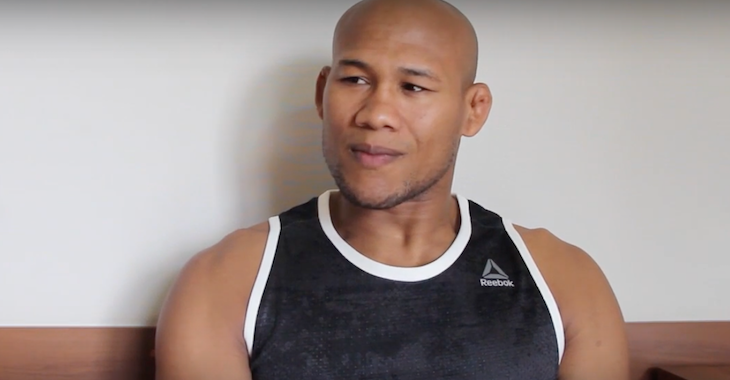 Last night, the UFC touched down in Charlotte, North Carolina with UFC on Fox 27, an exciting 12-fight card. In the wake of this UFC Charlotte event, the UFC handed out several customary bonuses of $50,000  – two for the best performances of the night, and one apiece for the fighters involved in the best fight of the night.

Performance of the Night bonuses went to Ronaldo “Jacare” Souza and Mirsad Bektic.

Jacare earned his bonus with a thudding, first-round stoppage of Derek Brunson, who he put down with a blistering head-kick and a volley of followup punches. Jacare has now earned post-fight bonuses in all of his last three wins – the others being brutal stoppages of Tim Boetsch and Vitor Belfort.

Bektic, meanwhile, earned his bonus check by bulldozing Godofredo Pepey with a brutal first-round body shot. It’s worth noting that this is Bektic’s first time cashing a post-fight bonus in six UFC fights.

We got the Job done!! Thank You to my Coaches @firas_zahabi , @coach_chuck_isen , @thedolcediet , @pichibalet , @willtowin , @jonchaimberg and the whole team/Coaches at @tristargym Remember, Stay true , be open to learn. Keep your dreams alive. Stay focused, go after your dreams and keep moving forward .

Fight of the Night honors, meanwhile, went to Drew Dober and Frank Camacho. The pair exchanged a combined 251 significant strikes over three rounds, with Dober ultimately emerging the victor with a unanimous decision win. This marks the first time Dober has earned a UFC bonus. Camacho, meanwhile, is quickly asserting himself as a sure-thing when it comes to excitement, having earned Fight of the Night bonuses in all three of his UFC appearances.

Do you think the UFC got the UFC Charlotte bonuses right?