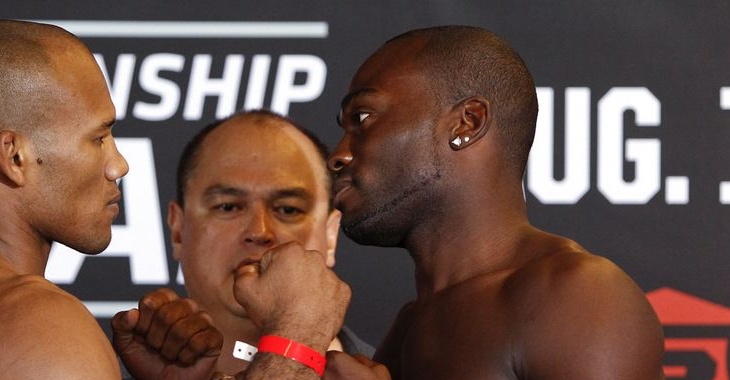 Last night, the UFC returned to our screens with UFC Charlotte, an exciting, 12-fight card that aired on FOX.

In the main event of this card, Ronaldo “Jacare” Souza improved to 2-0 against Derek Brunson, putting his fellow contender down with a first-round head kick and a storm of followup punches.

In the co-main event, Team Alpha Male staple Andre Fili authored one of his finest wins to date, scoring a close and controversial win over the UFC’s 11th-ranked featherweight, Dennis Bermudez.

Elsewhere on the card, we watched Gregor Gillespie deliver a first-round stoppage of Jordan Rinaldi, Drew Dober decision Frank Camacho in a Fight of the Night winning slugfest, Bobby Green out-duel Erik Koch, Mirsad Bektic crumple Godofredo Pepey with a Fight of the Night earning body shot, and much more.

At present, the purses for this 12-fight card have not yet been disclosed. We do, however, know how much each of the 24 fighters on the UFC Charlotte bill took home for wearing Reebok, as part of the UFC’s athlete outfitting program.

Under this framework, the card’s top earner was Derek Brunson, who earned $15K for wearing Reebok. The next biggest earners were Jacare, Bermudez, Green, Koch, and Pepey who all pocked $10K apiece.

Here’s a full rundown of the a Reebok figures for UFC Charlotte (via MMAJunkie.com).

What do you think of the Reebok figures for UFC Charlotte?