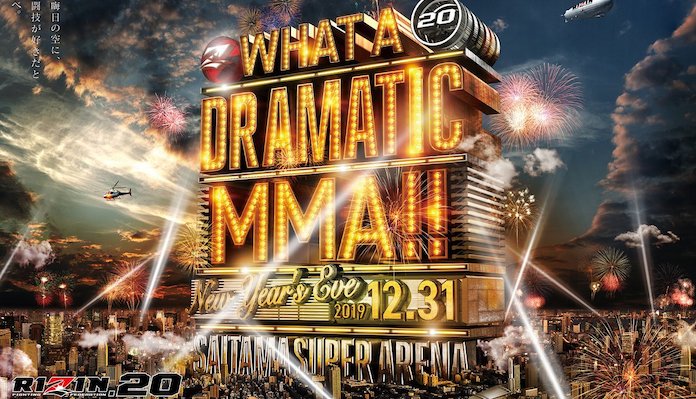 RIZIN 20 was viewed as an objectively fun show by many of the fans that tuned in to watch, and with reports suggesting that all 26,000 available seats were sold out at the Saitama Super Arena for the New Year’s Eve spectacular.

Alas, while it may have been a spectacular set of fights for the fans to enjoy, it doesn’t appear as if they were able to translate that into a successful night in terms of viewership ratings.

The belief is that RIZIN wound up doing their worst ratings for a New Year’s Eve show in Japan yet, marking a significant decrease for the popular promotion, as reported by Sponichi.co.jp.

Rizin 20 ratings in comparison to past NYE averages across multiple broadcast blocks. R20 looks to be the worst yet https://t.co/4TUoaufjkK

RIZIN worked in partnership with Bellator for these two end-of-year events, with both promotions putting out some of their very best stars in an effort to really push their product out there to the masses.

The hope and expectation was that the four-week break from the UFC may draw more fans than usual over to RIZIN’s product, but it doesn’t appear as if their risk has paid off.

The audience is certainly there for RIZIN to build on and they’re still a relatively young promotion, but this will raise questions as to the overall benefits of cross-promotion. Or, at the very least, this particular pairing.

Only running a handful of shows every year seems to be the route that they’re going to continue to go down, and it’s a strategy that has worked particularly well for Polish promotion KSW.

It’s a stark contrast to UFC and Bellator’s strategy of putting on a whole host of shows on a year to year basis, but either way, it’s worth keeping an eye on how RIZIN’s events continue to perform as we look ahead to what should be a vital year for them in 2020. At the very least, the action-packed RIZIN 20 show should have fans buzzing ahead of their next card.