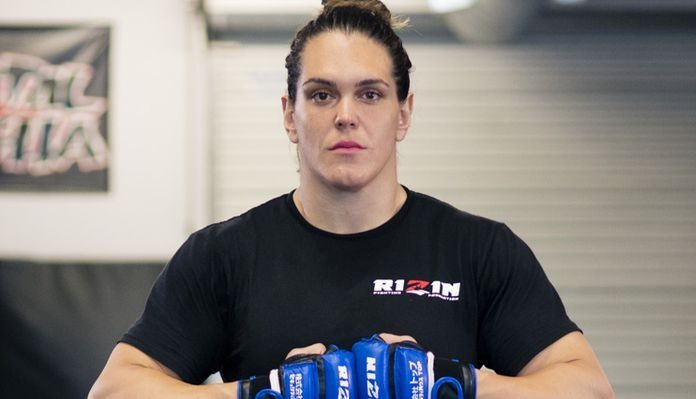 It wouldn’t have been a RIZIN New Year’s Eve event without Gabi Garcia (5-0). And as the promotion announced today, she will be in action after all.

The past three years during RIZIN’s big yearend events, the multi-time BJJ gold medalist Garcia has been featured.

Earlier today, RIZIN Founder Nobuyuki Sakakibara announced two more fights to round out the already stacked RIZIN 14 card on December 31. Garcia will be welcoming kickboxing standout Barbara Nepomuceno to the world of MMA as she makes her debut.

In the other bout, Miyuu Yamamoto (3-3) will be back too after avenging her loss to Andy Nguyen at RIZIN 13. She’ll be taking on the very experienced DEEP Jewels veteran Mika Nagano (16-10-1) as she makes her promotional debut.

“RIZIN.14 will announce additional matchups!” Sakakibara tweeted. “Yamamoto Miyu who shows the evolution during the two consecutive victories this year will play against Nagano Mika who becomes Rizin’s first race. And Galbi Garcia comes back to the Rizin ring in a year. Please look forward to the battle of hot women’s players. #rizinff”

For the captivating figure in Garcia, her last fight against Veronika Futina marked her first outside of RIZIN.

There’s plenty of interesting matchups going down at RIZIN 14. The full card can be seen below.