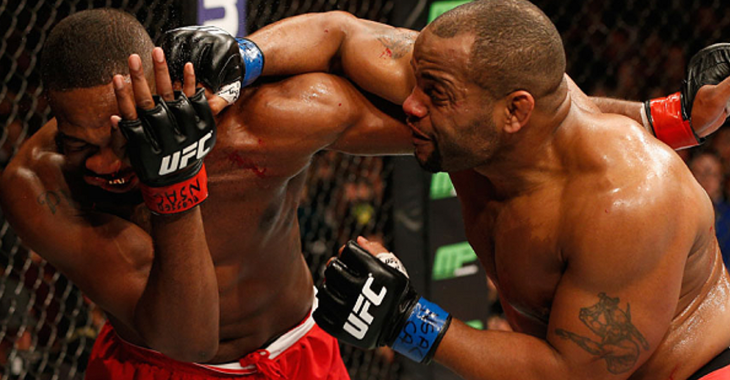 Evans expanded on the reasoning beyond just his gut feeling.

“I do see a way that DC beats Jon,” Evans explained. “I think the pace DC fought in his last fight, coupled with a few things that he could do better as far as when he takes a guy down and being heavy on top, making sure that they carry his weight when they get back up because that exhausts the guys. That way he’s not spending energy.

“I felt like DC did a hell of a fight that fight (against Alexander Gustafsson), fought a really good pace, but a lot of times during that fight he really made it 50/50 as far as the effort he’s putting in versus the effort his opponent is putting in. I felt like where his opponent was using 70-percent of his energy and he was only using 40-percent, I feel like he really would have been able to dominate Gustafsson in a way that Jon wasn’t able to.”

Evans continues to question the mental aspect of fighting as this will be Jones’ first fight back in the UFC since being stripped of his title in 2015 due to personal legal issues.

“Mentally, coming into this fight, I think (Cormier) is in a different place. I’m a huge Jon Jones fan as far as his talent and everything in the Octagon, but I just worry that Jon under this new mindset, this new Jon Jones, is he going to still be able to go out there and do the things that we’ve seen him do so easily?” Evans questioned. “At some point, people do start to show that they are human and things do affect them so I wonder what’s the real outcome to how he’s internalizing everything that’s happened in his personal life?

“I do believe he’s so dynamic, but will he return as that same dynamic fighter that we’ve come to know?”