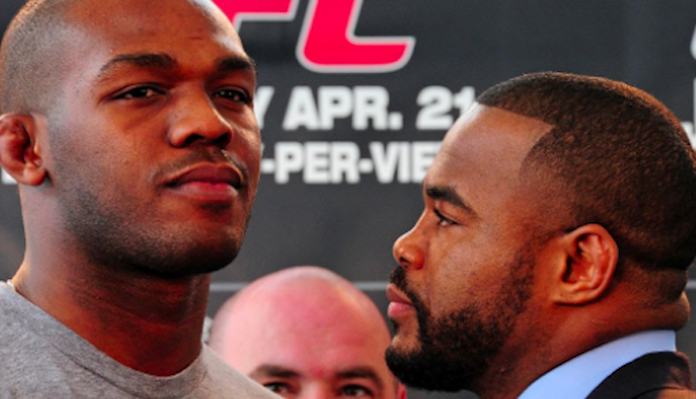 After it was announced in late 2021 that Jon Jones had received a ban from JacksonWink MMA, many wondered what direction he’d be opting to go in next. While he hasn’t been in the Octagon since then, ‘Bones’ has certainly been busy as he continues to build his body in preparation for a move up to heavyweight.

He’s also done a spot of training with Henry Cejudo, a man known for coaching fighters he believes he can help – regardless of their weight class.

Rashad Evans, who had a bitter rivalry with Jones back in the day, actually supported the move when taking part in some punditry work this past weekend.

“I do like him training with ‘Triple C,’ and I like it because he’s in a new environment and he’s being challenged with new training activities,” Evans said. “Jiri Prochazka’s out there and a couple different training partners. He even trained with some high level Olympic wrestlers which is really going to bring his wrestling to another level.”

“And it’s also going to add another element to the heavyweight game that he’s going to have to implement, being able to grapple. So I like him training there and getting out of the box in Albuquerque is not a bad thing at all. Sometimes you can be a big fish in a small pond and you gotta go out there and expand your horizons.”

Jones looks set to return for the first time in almost three years later in 2022 as he prepares to battle Stipe Miocic.

What do you believe is the ceiling for Jon Jones at heavyweight? Do you think his game will continue to develop away from JacksonWink?