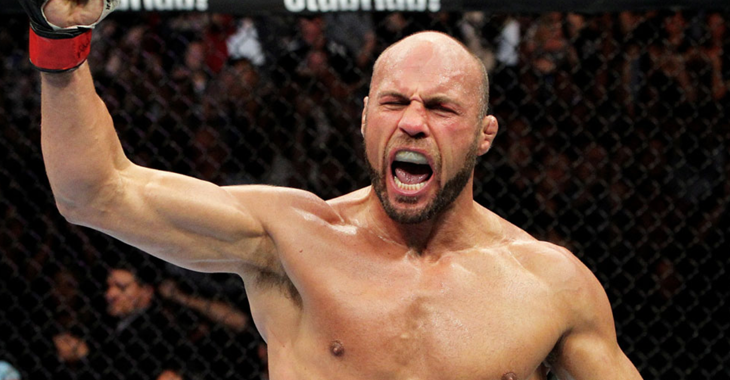 Randy Couture may be an MMA legend, and a UFC Hall of Famer, however ‘The Natural’ has been left out of the festivities for what is arguably the biggest card in UFC history on July 9th at UFC 200.

Despite a storied career with the UFC that saw him become the first person to hold a UFC championship in 2 weight classes, Couture has had quite a few public disputes with the UFC, mainly regarding the issue of fighter pay.

During a recent appearance on The MMA Hour, Couture spoke about being snubbed from the UFC 200 festivities:

“It’s certainly an irritation,” Couture acknowledged. “I think that’s the way it’s meant to be. They’re trying to get back at me and to be an irritation to me anyway that they can be. They don’t like that I’ve pointed out some of the issues with their contracts and the way they treat fighters and they’ve never liked that from day one, holding them to the contracts and ancillary rights and all those sorts of things that me and my management fought with them over since the day they bought the company.

“Ultimately, holding out to try and get the fights that I wanted in Fedor for 13 months and all that stuff, I think that’s all stuff they’re not very forgiving about,” Couture said in reference to his near retirement in 2007. “All the other stuff that I did to promote them, all the other money that I made them doesn’t matter at the end of the day to them. Yeah, I would like to be included. It’s a sport that I felt like I was involved in in seeing grow and become what it’s become.

“It’s not really my decision. It’s on Zuffa. It’s on the organization,” he claimed. “The issue’s really theirs, not mine. I’ve done the best I could to represent myself and the sport in a positive way and will continue to do that until I die. The issues really are Dana White’s and Zuffa’s.