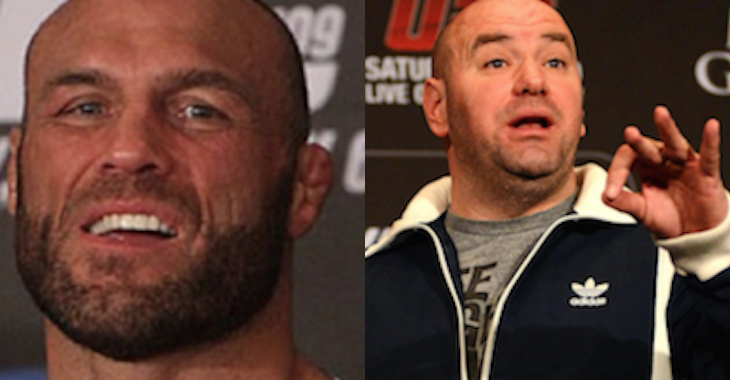 Couture, like almost every other fighter, took to social media to react to longtime veteran cutman Jacob ‘Stitch’ Duran getting fired from the UFC.

Of course Couture threw a little shot at White and the UFC for getting rid of Duran, then, of course, White had to respond by commenting on a fans response.

I'm not sure why anyone is surprised by ufc cutting Stich ! More of the same from them ! The list gets longer all the time of folks they dis

Stich is a fantastic person ! So happy to have had him during my career ! I'm happy he spoke out about he felt . It's Typical ufc BS !!

@Edinsanantonio @Randy_Couture Randy is one to talk. He's got a pretty long list himself.