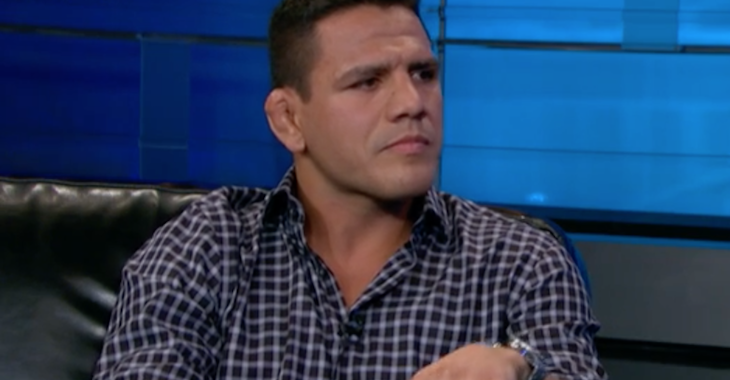 It’s no secret that Rafael dos Anjos and Conor McGregor don’t like each other.

In the one press conference that the pair had before RDA was forced out of the fight with a broken foot, the pair exchanged heated words. McGregor even went as far as to question dos Anjos as a parent, bringing the lightweight champ’s kids into his trash talk.

With McGregor vs. Diaz II, and Aldo vs. Edgar II for the interim featherweight championship, both set for UFC 200 on July 9th, dos Anjos has some harsh words for McGregor.

He spoke on Inside MMA:

“I think on the same card to do an interim belt between Aldo and Edgar doesn’t make any sense.

“Not just for me but for nobody. And the champion is not injured. The champion is fighting two weights above on the same day. In my opinion, he will never fight for this 45[145lbs] title again.

“He wants to retire as a champion”.