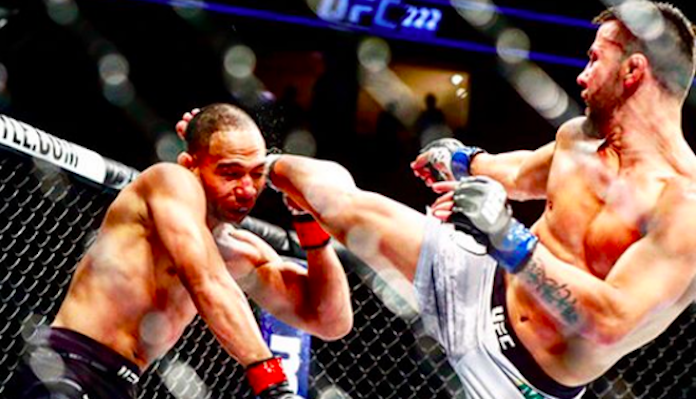 Inside the MMA bubble, it seems we rarely go a week without some kind of unsavory judging or officiating controversy. The latest issues of this kind stemmed from last weekend’s UFC 222 card, when a number of cage-side judges – particularly the infamous Adalaide Byrd – penned some absolutely baffling scorecards.

UFC bantamweight Pedro Munhoz, who lost a split decision to John Dodson on the card, felt he was wronged by the judges on duty for the card, and went off on the subject in an interview with MMAJunkie.com.

Munhoz took particularly strong issue with Byrd’s score, which identified Dodson as the winner of all three rounds with a 30-27 score.

“What fight was she watching?” Munhoz said. “Did she watch the fight that came before and was drunk for mine? Where, in her head – is she experienced? Does she know what fighting is? Does she come from boxing? Does she know MMA? Are they assessing aggression, grappling, kicks, punches, fight control? Or is she a fan of Floyd Mayweather, who does that Tom & Jerry, cat and mouse game of running from the opponent?”

Needless to say, Munhoz feels he should have won the bout, and doesn’t understand what the judges wanted to see.

“It’s very frustrating,” he said. “That’s the word, exactly: it’s very frustrating. One thing that was clear to me was that I gave my all. I left my last breath and my last sweat drop in the cage. I did everything to show that I wanted to win. I wanted the knockout or the submission, but he was running too much, he’s too fast.”

“I did everything to show I wanted the fight more,” he continued. “How? By attacking at all times. If that wasn’t enough to show I shouldn’t have won, what should have I done? Should I have run like him? Then there wouldn’t have been a fight. There’d be two of us running.”

How did you score Pedro Munhoz’s fight with John Dodson?