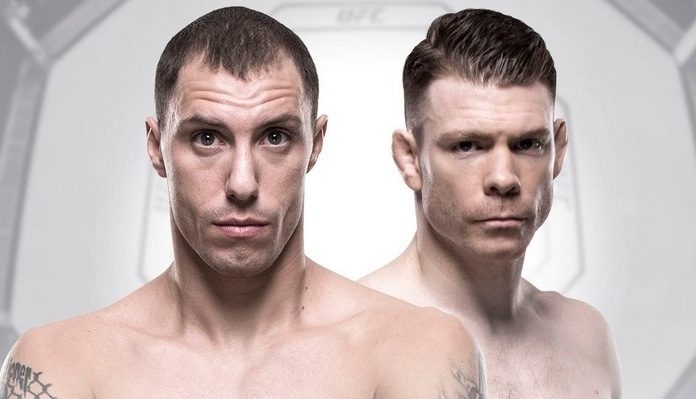 It’s been a rough 2018 for Paul Felder when he hasn’t been enjoying his time at the commentary table to help educate the fans.

“The Irish Dragon” was supposed to have his first fight of the year at UFC 223 in April when he was set to take on Al Iaquinta. However, thanks to the craziness that was UFC 223, Iaquinta would end up bailing on Felder to fill in for Max Holloway to take on Khabib Nurmagomedov in the night’s main event. Not exactly the worst of choices that one could make.

This left Felder opponentless, therefore, meaning he would have to wait a bit longer until he was to fight again.

Fast-forward a bit and Felder had now been matched with James Vick for UFC Boise in July. Everything looked to be good to go until Iaquinta had pulled out of his next bout which was against Justin Gaethje for UFC Lincoln. This led to Vick filling in to fight Gaethje and leaving Felder without an opponent once more.

Soon after, it would be announced that Yancy Medeiros was injured out of his bout with Mike Perry at UFC 226. The opportunity presented itself for Felder and he was willing to take what he could get at this point.

Felder went up to welterweight for the first time in his career where he and Perry went to war. Perry would come out victorious as Felder suffered a broken arm yet fought the full three rounds.

Now looking to return to lightweight, Felder hopes he can get the fight with Vick re-made for UFC on Fox 31 on December 15 or sometime early in 2019 he recently told ESPN. Vick also stated that he is open to the fight.

Both men had their winning streaks snapped in their last fights, both men always bring it. Why not re-book it, UFC?