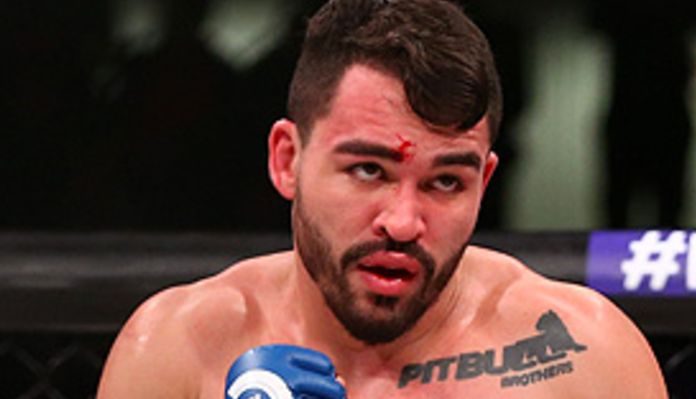 Patricky ‘Pitbull’ Freire believes he should be next-in-line for the lightweight title fight against the champion Brent Primus.

Freire is coming off of a knockout win over Roger Huerta in the second-round of Bellator 205. With the win, ‘Pitbull’ set the Bellator record for most finishes by strikes.

Freire has lost Bellator’s lightweight tournament final two times already with losses to Michael Chandler and Marcin Held. However, the Brazilian put together a few wins in a row and got another crack at gold against Chandler. Like the first fight, Chandler beat Freire, but this time by knockout.

The loss against Chandler in June 2016 is also the last time he has lost. Riding a four-fight winning streak following the win over Huerta, Freire thinks he deserves the next title shot, not the former champ Chandler.

While many think Chandler is the number one contender, Freire deserves a title shot. Huerta came out strong against him and looked in control of the fight early on. Huerta landed some good punches on ‘Pitbull’ before Freire came around in the second round and knocked Huerta out.

“I think I touch his head, and he goes down, but no,” Freire added. “He can handle [it]. We’re all impressed by his performance. The guy is very tough. I hit him so hard. He keeps coming. Never underestimate the opponent because you never know. I didn’t underestimate Huerta at all. I knew it was going to be a tough fight.”

It was indeed a tough fight, and while Freire continues to vouch for the Primus fight, so do others in the lightweight division. Still, Freire knows he has done enough to warrant the next shot at Primus and his first chance to defend the belt, since winning it in June 2017.

Do you think Patricky ‘Pitbull’ Freire deserves the next title shot?