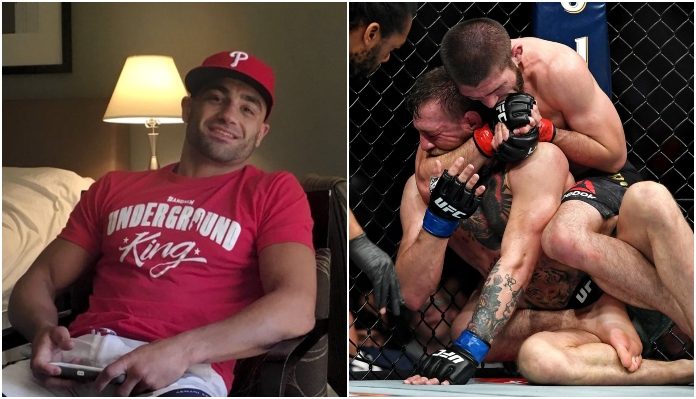 In 2016, the ‘Underground King’ Eddie Alvarez became the UFC lightweight champion of the world by defeating Rafael Dos Anjos via first-round TKO.

Immediately after that, it was expected that we could very well see the unbeaten contender, Khabib Nurmagomedov finally getting his long-awaited UFC title shot. Instead, it would be given to the featherweight champion, Conor McGregor who would make good on it by defeating Alvarez via second-round TKO.

Being familiar with both men, Alvarez recently shared his thoughts on if McGregor could ever defeat Nurmagomedov after seeing how their first encounter went in October at UFC 229.

“He can grapple all he wants, styles make match-ups. He’s not going to beat that style match-up, it’s just not gonna happen.”

Following the fight, there was, of course, the now infamous post-fight brawl that ensued. Resulting in fines and suspensions for both Nurmagomedov and McGregor.

With Nurmagomedov having the possibility to shorten his suspension to six months, yet saying he will not, Alvarez isn’t so sure that the champion will even come back at all.

“I don’t think Khabib’s gonna fight anymore,” Alvarez said. “If you truly want to fight… And like, he got a penalty. He got a penalty from the courts. Court said, ‘if you do this we’ll give you six months,’ Very simple. He opted not to fight and just said, ‘I’m not gonna do what you tell me to do and I’m gonna sit out a whole year,’

For the former UFC and Bellator lightweight champion in Alvarez, he will be making his ONE Championship debut on March 31 at ONE: A New Era when he takes on Timofey Nastyukhin in the first bout of the lightweight Grand Prix.