Home » MMA News » ONE Championship » Askren On How To Be A Man, The Dishonor In Soccer<... 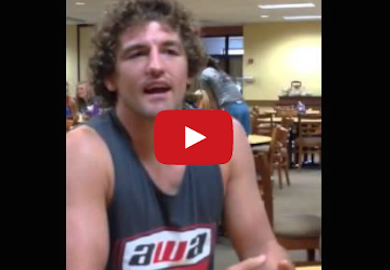 “It was really the first time I watched soccer all year,” said Askren, “I was really appalled when I am seeing all these guys falling on the ground, rolling around, crying. And then you know the worst part about it is, they show the instant replay and you can tell – most of these guys, they don’t even get hit, they’re faking it.”

“There’s no honor in faking an injury. There is no integrity because you are lying about it. And there’s no toughness because you are in front of millions of people, and you’re rolling around on the field, crying – CRYING – about a fake injury that never happened.”

“Listen folks, if you want your son to grow up to be a man, don’t have him run around on a field kicking a ball, get him wrestling.”