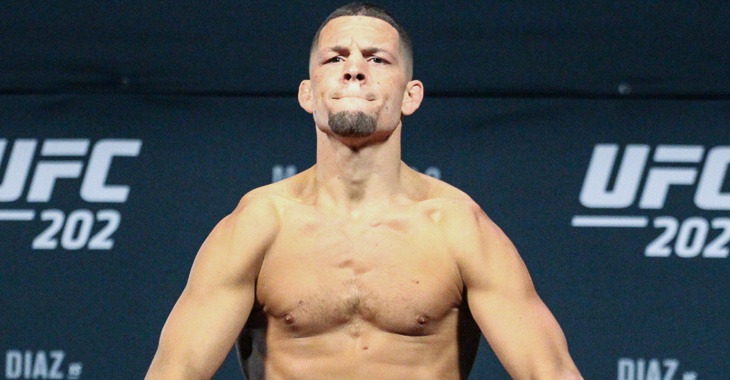 There aren’t many fighters like the Diaz brothers.  After posting out a collection of fight-related pictures on his Instagram page, Nate Diaz capped them off with a clearer message. This is what he had to say:

Sick of sitting around waiting for you fuckers to do shit there’s no excitement in this fight shit step your games up I’ll see u around may,June.
Sincerely The Real Champ 🖕🏼

Most logically, everyone has assumed that the only time we would ever see Nate back in the octagon would be for a third fight with the Lightweight champion, Conor McGregor. Or perhaps the rumored possibility of a Welterweight title fight with Tyron Woodley. Regardless, Nate Diaz’ last two fights both came against Conor McGregor with the most recent being at UFC 202 in August of 2016 where he lost a majority decision.

Will Diaz actually come back? Who do you think he would return against?