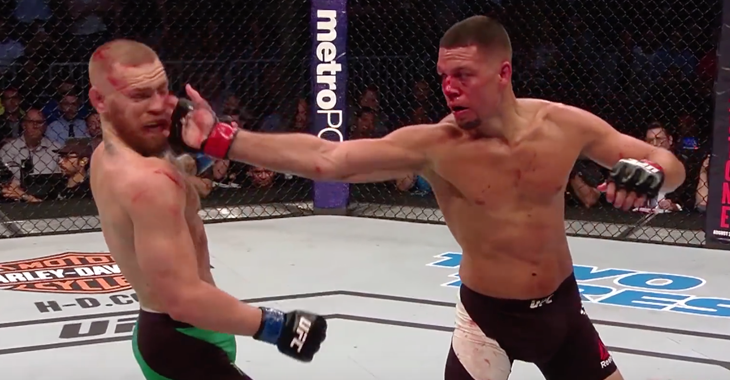 UFC 202’s main event featuring Nate Diaz and Conor McGregor will be talked about for a long time. The epic five-round battle saw both competitors find their moments of success but ultimately “The Notorious” walked out of the Octagon with the majority decision win in their second meeting.

With the five-round battle, Diaz landed 252 of 435 total strikes thrown in the contest while McGregor landed 197 of 322, according to Fight Metric. With those numbers, Diaz established himself as Fight Metric’s UFC fighter that has the most total strikes landed in UFC history, moving past Frankie Edgar to take the number one spot.

Coming after Nate Diaz and Frankie Edgar was Michael Bisping, Nick Diaz and Dennis Siver coming in at spots 3, 4, and 5 respectively.

Depending on how active these fighters are in the future will likely determine if Nate will continue to hold that number one spot.