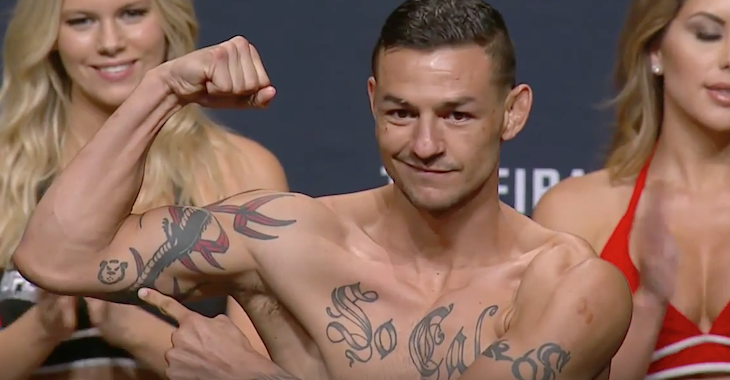 Cub Swanson is down to fight Nate Diaz at UFC 222!

The perennial featherweight contender, Cub Swanson, recently responded to a fan on Twitter where he offered to help save March’s UFC 222 event by fighting Nate Diaz.

The fan had tweeted “Nate Diaz vs Cub Swanson UFC 222 Save the PPV!”, to which Cub replied “I’m down!”

UFC 222 recently lost its event headliner after Max Holloway was forced out of his title fight with Frankie Edgar due to an injury.

Cub Swanson has gone 4-1 over his past five fights, with his lone loss in that time coming to Brian Ortega.

Meanwhile, Nate Diaz has not competed since suffering a controversial majority decision loss to Conor McGregor at UFC 202.

Would you like to see this fight put together by the UFC? Sound off PENN Nation!