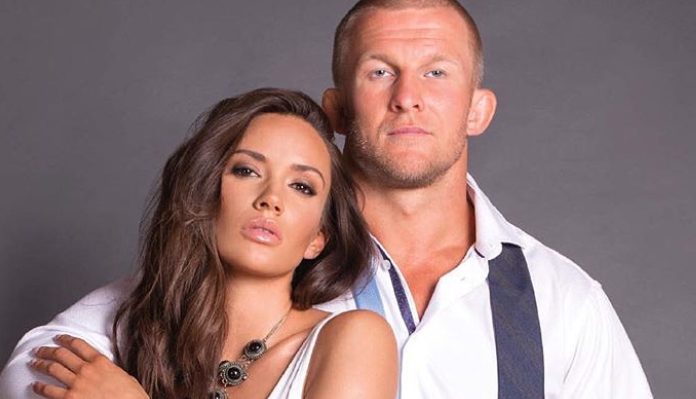 Misha Cirkunov will have more than just Johnny Walker on his mind at UFC 235 this Saturday.

Cirkunov’s wife, model Brittany Churchill, has been diagnosed with breast cancer as she revealed on Instagram.

This terrible news understandably came as a shock to Misha Cirkunov and his family.

“It’s crazy. It just shows these days it doesn’t matter who you are, how well you eat, anyone can get it.” Cirkunov told MMA News. “I was doing a lot of research and reading. Apparently more than 50% of Canadians will eventually will have it, which is a crazy number. I don’t think people are as aware of it. I think there should be more awareness. People should pay attention a little bit more about towards their diet. She’s doing really well, mentally she’s in good spirits. In the beginning it was really difficult because once you hear that kind of news, you realize you’re not just in a fight in competition against another human, but you’re in a fight for your life. But ever since she went public, I feel like there’s been such a strong support from our friends and family. I feel like those people give us so much more energy and power to go and deal through this hard time. [This news] just makes you more mature. Where before it’s just another day. You realize life is short, if you think about it. You just try to take the best out of everything and stay positive. Don’t pay attention to anything negative. It just really matures you a lot, you start appreciating little things.”

Misha Cirkunov (14-4) was initially set to face Ovince Saint-Preux this Saturday before an injury forced “OSP” off the card. Instead, the Canadian fighter will take on rising Brazilian prospect Walker in his place.

“I wish I kind of knew a little sooner [about the opponent change],” he said. “I only found out about it eight days ago. I kind of like a bit of short notice, it would have been nice to have a bit more time to adjust to Johnny Walker. Just because he’s very unpredictable and his style is kind of all over the place. Having said that, he’s very dangerous. But I’ve been training very hard. I was preparing myself physically and mentally. I’m in a good place. It’s most likely going to be fireworks. We’re going to go at each other. He’s fast, he likes to move, and he likes to go forward. It’s going to be fireworks, I highly doubt it’s going to be a decision.”