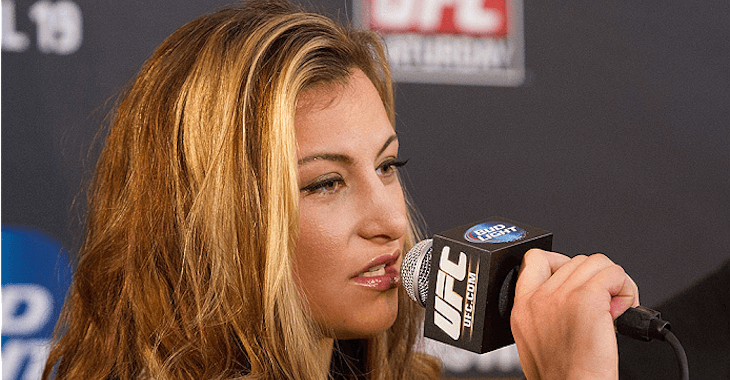 UFC women’s bantamweight champion Miesha Tate is no stranger in front of the camera.

Tate, who has won the hearts of many fans got dolled up recently for an editorial photo shoot and looked amazing.

Check out “Cupcake” in her behind the scenes photo of the shoot that took place in Las Vegas.

Tate said in her Facebook post, “Yesterday I got to glam it up for @RegardMag, it was so much fun! Thank you very much to the team for helping me look like a pretty pincess for a day! Now back to face punching…..”

Yesterday I got to glam it up for Regard Magazine, it was so much fun! Thank you very much to the team for helping me…

Miesha Tate is set to defend her belt for her first time against Amanda Nunes at UFC 200. Who do you have winning the bout? Share your pick with us in the comment section!